For ages, the various kings and rulers have patronized the art. And the art in each court has its unique style, which reflects the culture and the materials available in that culture. The Rajput painting is the style of painting that evolved in the courts of Rajput rulers.

What is Rajput painting?

Also called Rajasthani Painting, Rajput Painting is a style of Indian painting that evolved in the royal courts of Rajputana kings of Rajasthan in the late 16th and early 17th century. Each Rajput kingdom displayed a distinct style of painting, though with some resemblance.

Since most of the princely states of Rajasthan were ruled by the Mughals at that time, the art schools of Rajput paintings reflected strong Mughal influence.

When Aurangzeb became Emperor, he did not promote art like his predecessors. Before that, miniature paintings were very popular in Mughal courts. As a result, the artists who were working in Mughal courts started moving to other courts in search of work. Many of these artists moved to Rajputana courts and that’s how Rajputana paintings developed and evolved.

The subjects of Rajputana paintings varied a great deal. But the most common topics were portraits of the ruling family, who were often shown engaged in battle, hunting of their routine activities. The other themes revolved around the religion and celebrated Indian epics like Ramayana and Mahabharata. The main focus was on narrative scenes from these epics, and lives of Lord Rama and Lord Krishna. Some other paintings portrayed landscapes, court scenes, pictures of royal pursuits and genre scenes of unnamed people.

Coomaraswamy, the real "discoverer" of Rajput painting, highlights the intrinsic qualities of Rajputana art. He emphasized the fact that these paintings should be viewed within their historical and cultural contexts. Rajput painting is an exact expression of the society it emerged from: a feudal society, aristocratic and warlike, made up of "clans" which were constantly at war with each other, the head of the clan combining the roles of the all-powerful prince, general and father of his people. The artistic works of each principality are closely interconnected with the personality of its ruler. This is the reason for the variety of Rajput schools of painting and explains why they were short-lived.

Rajput paintings can essentially be characterized as dynamic, romantic and lyrical than being intellectual and can easily be distinguished by their vivid colour schemes and bold lines.

The miniatures in manuscripts were kept in albums, but the large paintings were done on walls of the palaces and the interior chambers of forts and Havelis.

The preparation of desired colours was a lengthy process, sometimes taking 2 weeks. The colours for these paintings were naturally extracted from certain minerals, plant sources, conch shells among others. Some colours were even derived by processing precious stones. Precious metals like gold and silver were used freely to give a royal touch. The technique used in these paintings was essentially simple. The artists used the application of opaque watercolour on paper, building the painting in layers. Brushes used were very fine.

A few examples of Rajput Paintings by one of the rather famous Rajput school artist Nihal Chand are: 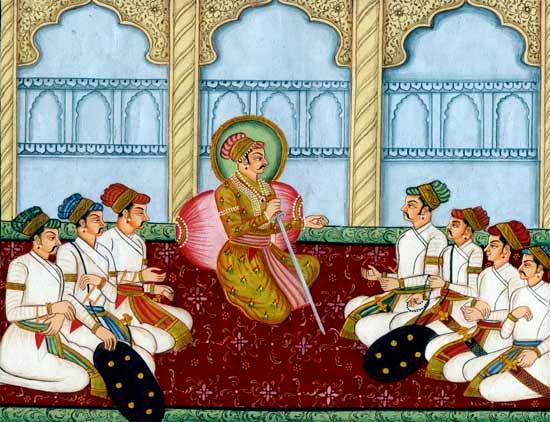 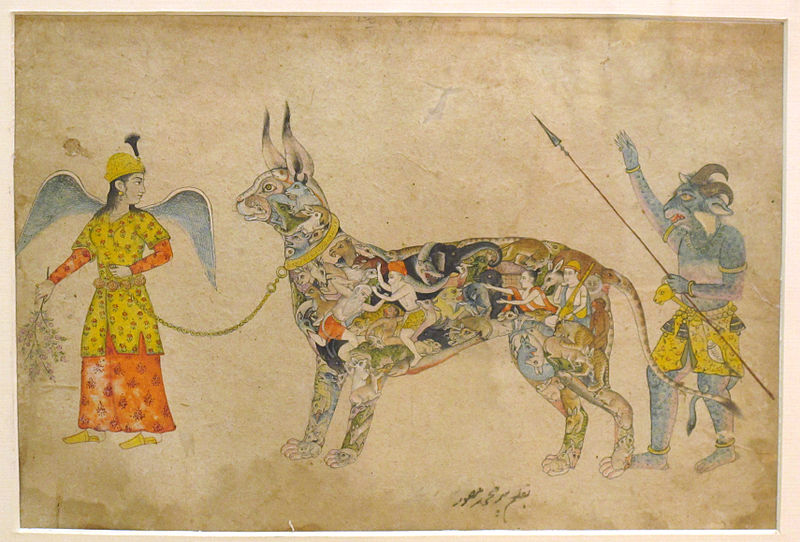