The art and the artists are often seen by the society as rebels, who use their art to challenge the norms of the society. There have been many artists who have challenged the existing norms. It is this thought that prompted some artists to create art which was seen as a reaction against the Minimalism of late 1960s and early 1970s. 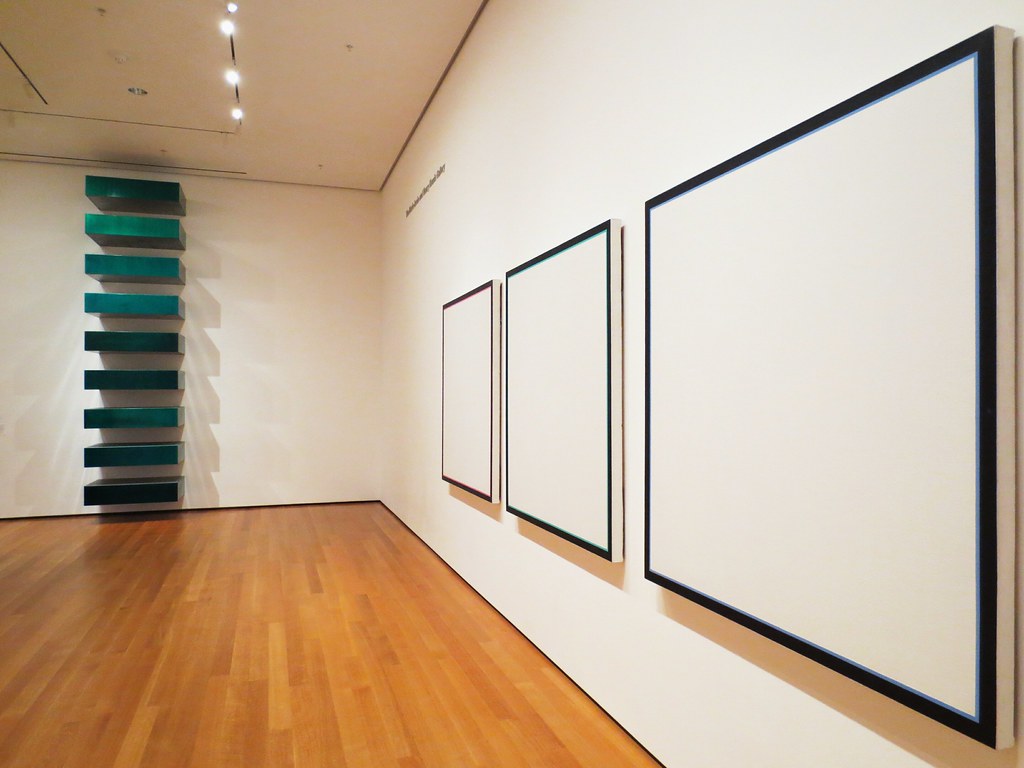 The term ‘Post Minimalism’ was coined by the art historian and critic Robert Pincus-Witten. The term was used to describe the work of artists who, at one end, utilized the innovations of Minimalism, and at the other end, critiqued many aspects of Minimalist theory and practice.

The term describes a major current in American art that included artists related to process art, conceptual art, earth art, body art, and performance art among other art forms. Due to the diversities of Post minimalism, more than an art movement it is best accepted as a period or tendency by art lovers. The art form emphasizes use of non-traditional materials, more expression, and demystification of the art process through an element of chance.

The search of history of post minimalism takes us back to late 1960s and early 1970s, when some artists started working on art in response to the closed geometric contours of Minimalist Artists. These artists started focusing more on reflecting social and political issues faced by the society. These artists started using various non-traditional and ‘poor’ and industrial materials, such as felt and latex. This art helped the artists blur the boundary between painting and sculpture. They realized the essence of materiality in the physical processes of the shaping of the work itself. Not only that, the art helped artists revisit the typical masculine and strict material claims of Minimalist art, and offer a more feminine, free spectrum of work.

Minimalist innovations adopted by Post-minimalists include serial composition; the use of industrial materials and professional fabrication; and the use of the artwork to shape the viewer’s spatial environment. However, Post-minimalists criticized the autonomy, object-centeredness, aggressive spatial presence, exclusion of reference to the body, and implicit masculinity of Minimalist art. Consequently, Post-minimalists adopted a de-centered, flexible, open structure in their work; elevated the process of creation over its end result; employed techniques and materials that incorporated contingency and ephemerality; used the artist’s body and the natural and built environment as raw materials; and introduced signifiers of femininity into their work.

Since the beginning, there were several view-points, which linked post minimalism to the Minimalist movement. While some artists continued extending their interest towards dominance of the materials and the abstract art, some other artists experimented with more emotional and expressive quality of sculptural practice.

The post minimalism art attempts to break the conventional formats of painting and sculpture of the past. Breaking from the traditional setting of the gallery, the period also introduced the ideas of Site-Specific art and Land art as well.

Post minimalism is an art form used to describe an attempt to develop and go beyond minimalism. The term was coined by Robert Pincus-Witten in 1971. The term was used specifically with regards to music and visual arts, but in reality, could refer to any field using minimalism as a critical reference point. Some notable artists of the Post-minimalism period are Ellsworth Kelly, Richard Serra, Mary Corse and James Turrell.