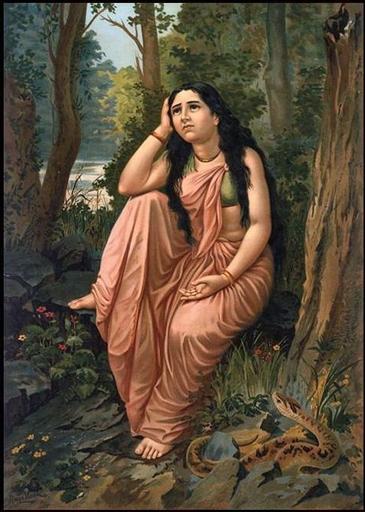 With the advancement of technology, a lot has changed around us, including art. Technology has made it possible to not only create innovative colour paintings but also create high-quality copies of it. This printing technique is called Oleography.

Also known as chromolithography, it is a printing technique used to create high-quality copies of original oil paintings, capturing all the colours, fine cracks and textures. The copies are called oleographs, each a masterpiece in itself, carefully hand-finished to recreate the appearance of the original painting

Oleography is a very popular printing technique for creating high-quality colour copies of original oil paintings. The main idea behind developing this technique was to make multiple copies of a painting so that the art could reach a greater number of people.

This technique uses coloured stones for printing. Hence, it is also called chromolithography. The beauty of this printing technique is that it captures all the colours, fine cracks and textures present in the original painting and produces a very high-quality copy of it. The colour copies, so produced are called oleographs. The best part of these copies is that each oleograph is a masterpiece in itself, which is carefully hand-finished to recreate the magic as good as the original painting.

To make a single colour copy of the original painting, an artist has to manually prepare separate stones, separate for each colour. Sometimes the number of stones may be as high as 30. These stones are then used to print colour, sometimes one over the other. The use of oil results in a better quality of printing. Using this technique printing can be done on different types of media, like cloth, canvas or even paper.

Started in the year 1830, Oleography was used to create colour copies, which are called Oleographs. These oleographs were very similar to oil paintings in style. In this special technique of lithography, stones were used to colour the painting. Hence this technique is also called chromolithography.

The technique was which started in the year 1930, took another 30 years before it became popular. It was in the year 1960 that Oleograph came into wide commercial use. From this point till the end of the 19th century, it remained the most popular method of colour printing. Sometimes even 25-30 stones were used, each to print a different colour.

This technique was very commonly used in the second half of the 19th century. Till this point, it was the most popular method of colour reproduction till the end of the century. After this technique became obsolete, more efficient techniques were developed.

How is it done?

The artist used the stamping process to imitate a canvas surface and the thick strokes of oil paint. A separate stone was used for each colour and colours are printed over one another. The print was then attached to the canvas, which gave it a look of an oil painting. Most people get confused between Oleographs and Oil paintings. Hence, to put add an extra element of precaution, oleograph creators added a yellow hue to the artwork to look like the painting was varnished and had aged. Even then, sometimes, it can be difficult for common people to judge whether the artwork in hand is an oil painting or an oleograph.

This printing technique heavily relies on the use of several woodblocks or stones with colours for printing, while hand-colouring remained an important aspect as well. Depending on the number of colours, an oleograph may require skilled workers and months to complete oleograph. Poor preservation and cheaper printing alternatives have made oleographs hard to find. Today, they are mainly used as fine art.

Oleograph, also called chromolithograph or chromo, the colour lithograph is produced by preparing a separate stone by hand for each colour to be used and printing one colour in register over another. It is mostly used to refer to commercial prints. This printing technique was very popular around the 1860s, till it became obsolete due to the emergence of more efficient techniques.

The production of a single oleograph requires preparation of separate stones by hand for each colour, which are then printed in register over the other. Sometimes as many as 30 stones are used for a single print. The use of oil gives the print more quality. The printing can be on cloth, canvas or even paper. The main aim of developing this technique was to make art accessible to everyone.