If one were to ask general people about paintings, most people would imagine a landscape, or a human being or some kind of a physical art. But, in recent times, another art form is gaining popularity – this art form is called abstract art. Through abstract art painters show happiness, sadness or any human feeling or emotion, with the help of minimal elements. This abstract art form, in which the art is completely stripped down to its bare essence, with all external elements eliminated, is called minimalist art and the painting therefore is called minimalist painting. 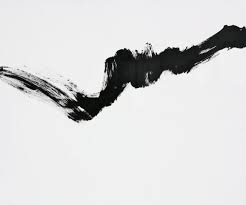 Minimalism, as an art form emerged in the city of New York, USA in the early 1960s. During this time, many artists started drawing geometrical figures, like squares, rectangles, or other clear and nominal patterns. This extreme form of abstract art, with use of minimum or none of the personal and gestural elements, was called minimalist abstract art, or minimalist modern art.

In the minimalist art form, the artist does not imitate anything in particular, but tries to create an art, which has a reality of its own. The artist extends or represents his/her idea in a very simple manner, without making an attempt to showcase outside reality. In fact, the artist wants the viewer to respond only to what is in front of them. In his famous quote, minimalist painter, Frank Stella, defines minimalist paintings as “What you see is what you see.”

Minimalism began truly in the year 1913, when a Russian painter, Kazimir Malevich painted a black square on a white ground - however, it was in 1960, the minimalist movement gained momentum when the famous minimalist painter Frank Stella exhibited his “Black Paintings”  at the Museum of Modern Art in New York. He created all the paintings using simple, commercial brushes and paints, something that were similar to materials that he used for his day job. It was at this moment, when many painters started making an attempt to expose the essence, essentials or identity of a subject without including any non-essential forms, features or concepts.

The growth of minimalist art got a boost when the growth of conceptual art grew – something that also flourished around the same time. Both these movements acted as a catalyst to challenge the traditional way of looking at art. The movement forced people to disseminate and view art in a new, nonchalant way. These artists were of the view that ‘action painting’ was too personal and insubstantial and wanted that importance should be given to work of art and not anything else.

They felt that action art creates a rigid and elitist art world, which can be enjoyed by only the privileged few. So, with a view to create art that can be enjoyed by a larger number of people, they started moving away from associating their art with unwanted visual elements. Instead, they started using a simple and linear hard-edge approach which emphasized a two-dimensional design, which allowed the viewer to have an instant connect with the art and have a pre-visual response.

The main characteristics of minimalist art are as follows:

Effect of Minimalism on other art forms:

The effect of minimalism in art was also soon visible on other forms. Taking a cue from minimal painters, a new breed of minimalist sculptors come into existence. These sculptors attempted to create extremely simple, monumental geometric forms out of common materials like fibre glass, plastic, aluminum, or other sheet metal, which were either left raw or solidly painted with bright industrial colours. These sculptors made an effort to create art pieces, which were totally objective, unexpressive, and non-referential.

A similar influence on Minimalism was seen on music as well. Getting inspired by its simplicity, many musicians started moving away from complex, intellectually sophisticated style of modern music and started composing music which was simpler, more accessible and literally in style.

In the parlours of both visual art and music, Minimalism was seen as an attempt to take the art from classes to masses. It aimed at creating a dialogue between the studio and the streets with its hard edges and simple forms, rather than being pure imagery. It aimed at exploring only the essential elements of an art form. In minimalist art, other non-essential elements, which were either personal or gestural elements were done away with - what remained and were emphasized were the pure visual elements of the art. Similarly, in minimalist music, the composers started rejecting traditional treatment of form and development and started favoring to explore timbre and rhythm—musical elements, which were hitherto unknown to Western listeners.