When an artist creates a great piece of art, there is often a requirement to produce multiple but genuine copies of that work of art. Lithographic printing is the printing process used to reproduce authorized copies of original texts and artworks by an artist. The copies thus produced are called Lithographs.  Lithography can be used to print text or artwork onto paper or other suitable medium.

Lithography stone and mirror image print of a map of Munich

The word “Lithograph” has been derived from two ancient Greek words – ‘lithos’’, which means ‘stones’ and ‘graphier’’  which means ‘to write”. So, simply put, lithograph means ‘stone print’. In layman’s terms, Lithography is a type of printing process used to reproduce duplicate copies of original works of art using limestone surface. The copies produced by this method are called ‘Lithographs’.

Also known as Offset printing, Lithography printing technique was invented in 1796, by German author and actor Alois Senefelder, Lithography is a printing process, based on the simple chemical principle that grease and water do not mix. It is a very useful method to reproduce authorized copies of the original artwork by the artist themselves. But unlike other traditional methods of printing, it does not need any kind of etching. Instead, they are made on a stone or metallic plate using some chemicals to duplicate the original work. This way an artist can make a lot of monetary success by duplicating his own original work of art. No wonder, today Lithography has become a popular method of reproducing theatrical works at low cost. 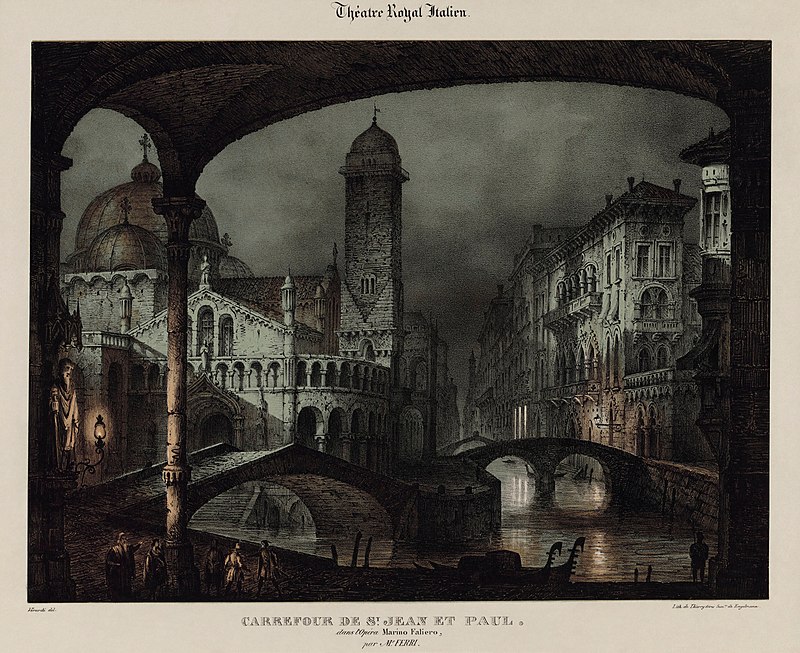 This very early colour lithograph from 1835 uses large washes of orange and cyan with black ink providing the details.

The process of Lithography

To create a lithograph, original works of art are printed over a smooth, flat and decently thick surface of limestone. To get the lithograph, the artists use specialized greasy pencils or crayons to draw the image directly on the limestone. Once the image is complete, the stone surface is treated with a chemical etch with an oil-based variety of ink. This moistens the image and helps immediate bonding of the greasy crayon lines to the surface.

Afterwards, when the ink is applied over this stone surface, the blank areas will attract moisture to the plate and repel the lithographic ink, while the image will hold the ink. Water is then wiped onto the unpainted areas to help prevent the ink from smearing.

After the image is inked, a paper is placed over the entire plate and a certain amount of pressure is applied on this plate along with the paper placed on it, to transfer the ink to the paper. Now, this material is made to pass through a litho press. After the stone passes through the machine, the paper is removed. As an end result, the paper retains whatever was drawn by the crayon, reproducing a mirror image or perfect replica of the image, which can be repeated as often as needed.

Lithography Printing – Then and Now:

Like all other things, Lithography printing has also evolved with time. In the initial Lithography technique, the image was drawn with oil, fat, or wax onto the surface of a smooth, level lithographic plate made up of limestone. This traditional technique of Lithography is still used in some fine art printmaking applications. However, modern lithography involves making the image with a polymer coating onto a flexible plastic or metal plate. The image can be printed directly from the plate, though the orientation of the image is reversed – i.e. we obtain a mirror image of the original image.

As a printing technology, lithography is different from Intaglio Printing (commonly called Gravure) or Woodblock Printing or Letter Press printing. In Gravure printing, the plate has to be prepared to contain the printing ink. This is done by using any of the methods like engraving, etching or stippling the surface to create cavities, which would then contain the ink. In Woodblock Printing or Letterpress printing, the ink is applied to the raised surfaces of letters or images. Today, most of the high-volume books and magazines, especially the coloured ones are often printed with Offset Lithography.

When it comes to reproducing high quality authorized copies of a work of art at a low cost, the offset printing or Lithography is the most popular method. Apart from being cost effective it is easy to print, and produces images very close to the original image. What’s more, it can be used to print on variety of medium with high success rate and good print quality. All these reasons make Lithography a popular method of printing especially when it comes to coloured illustrations on magazines, post cards and other stationery.