Contrary to what many people think, Islamic art is not only restricted to religious work but includes all the artistic traditions in Muslim culture. Islamic art encompasses the entire gamut of visual arts produced in the Islamic world. 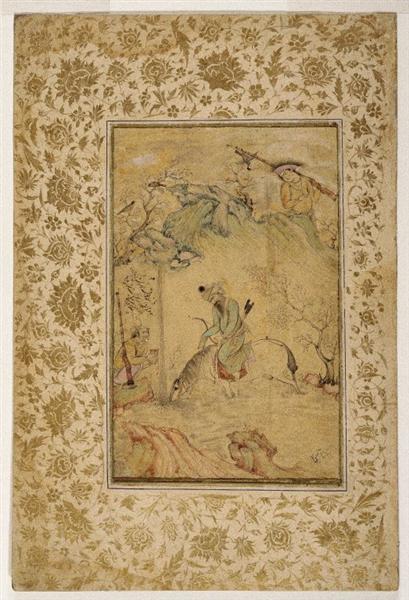 What is Islamic Art?

The term Islamic art describes the art created specifically in the service of the Muslim faith, as well as the art and architecture, produced historically in the lands ruled by the Muslims, supported by Muslim rulers and created by Muslim artists. Islamic art focuses on the artistic representation of God's word by writing it beautifully in Arabic, which is accompanied by geometric and floral designs that are known as arabesques.

Islamic art is not the art of a specific religion, time, place, or of a single medium. Instead, the art form spans some 1400 years, covers many lands and populations, and includes a range of artistic fields including architecture, calligraphy, painting, glass, ceramics, and textiles art such as carpets and embroidery, among others.

Calligraphy, as in this Qur'an manuscript, is a major art form

Islamic art has a strong aesthetic appeal, which goes beyond the realm of time and space, as well as differences in language and culture. Islamic art is very vibrant and distinctive. The main characteristics of Islamic art are as follows:

Meaning and Beauty of Islamic Art:

Art is believed to be the mirror of a culture and the way it views the world. Islamic art also reflects the cultural values of Islam and the way Muslims view the spiritual realm and the universe.

In Islam, Allah is believed to be the heart of worship and the focus of life for every Muslim. For Muslims, the reality begins and revolves around Allah. So Islamic art focuses on the spiritual representation of objects and beings and not their physical qualities.

Islamic art encompasses visual arts produced from the seventh century onwards by culturally Islamic populations. Though Islamic art flourished under the Muslims, from Spain to Afghanistan, the lands conquered by the Muslims had their pre-existing artistic traditions. After having worked under Byzantine or Sasanian rulers, the artists continued to work in their indigenous styles but for Muslim patrons. Therefore, the beginnings of Islamic art display this blending of classical and Iranian decorative themes and motifs. Some early 20th-century Pakistani practitioners of Islamic Art include Abdur Rahman Chugtai, Zainul Abedin, Shakir Ali, Zubeida Agha, Sadequain, Rasheed Araeen and Naiza Khan. Islamic Architecture is known for its minarets, spires and domes found commonly on mosques, madrasas and tombs. Their chief characteristics are semi-circular horseshoe arches and geometric designs.