What is Gouache Paint?

Gouache is a type of paint similar to watercolour but modified to be used in an opaque method. The paint consists of pigment, a binding agent and some added inert material such as chalk. The inert material enhances the reflective quality of gouache, making it heavier and opaque altogether. The light in watercolour is provided by the white of the paper whereas gouache forms a thick layer thus not allowing the paper to show through. Thus, unlike watercolour in which one has to reserve the white area and pre-plan because mistakes cannot be fixed, gouache enables one to fix mistakes and re-paint. But the too thick application of the paint can cause the painting to crack off, especially when there is a high percentage of chalk. Gouache is a highly versatile and quick-drying medium, that can be applied on a variety of surfaces and can be used as a wash like watercolour, dry brush like acrylic and even blends like oil paints. 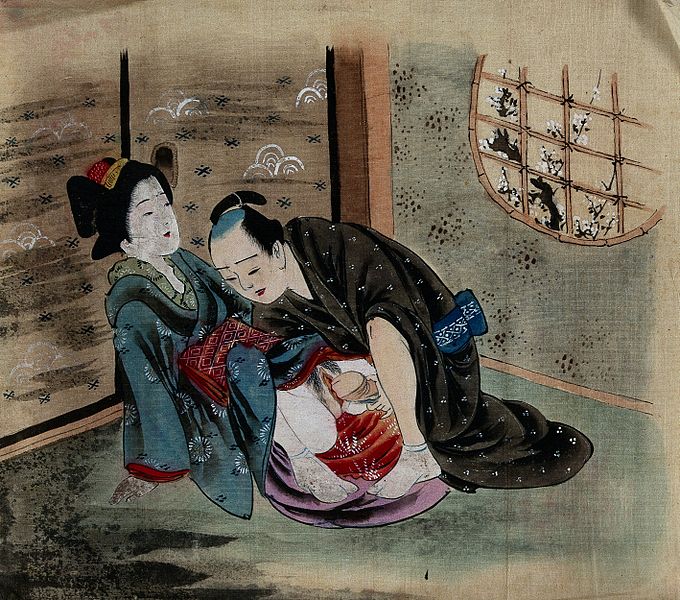 A gouache painting of a couple making love in a room.

The term gouache was first utilized in France in the eighteenth century to depict a sort of paint produced using shades bound in water-solvent gum, similar to water tone, however with the expansion of white colour to make it murky.

Bigger rates of fastener are utilized than with water tone, and different measures of latent colours, for example, chalk are added to improve the obscurity. Gouache frames a thicker layer of paint on the paper surface and doesn't permit the paper to appear on the other side. It is frequently used to make features in water tones.

Today the term gouache is frequently utilized freely to depict any attracting made body tone. Body tone is any sort of obscure water-solvent colour; utilized by specialists from the late fifteenth century. Lead white was utilized until the presentation of zinc oxide, known as Chinese white, in the nineteenth century.

Gouache is a one of a kind water media, paint consisting of herbal pigment, water, a binding agent-usually gum arabic or dextrin and now and again extra inert material. Gouache is designed to be opaque. Gouache has a big history, having been used for at least 1200 years. It is used most persistently by using industrial artists for posters, illustrations, comics, and different graph work.

Gouache is comparable to watercolour in that it can be re-wetted and dries to a matte finish, and the paint can come to be infused into its paper support. It is comparable to acrylic or oil paints in that it is usually used in an opaque portray fashion and it can shape a superficial layer. Many producers of watercolour paints additionally produce gouache, and the two can be used together without much difficulty. 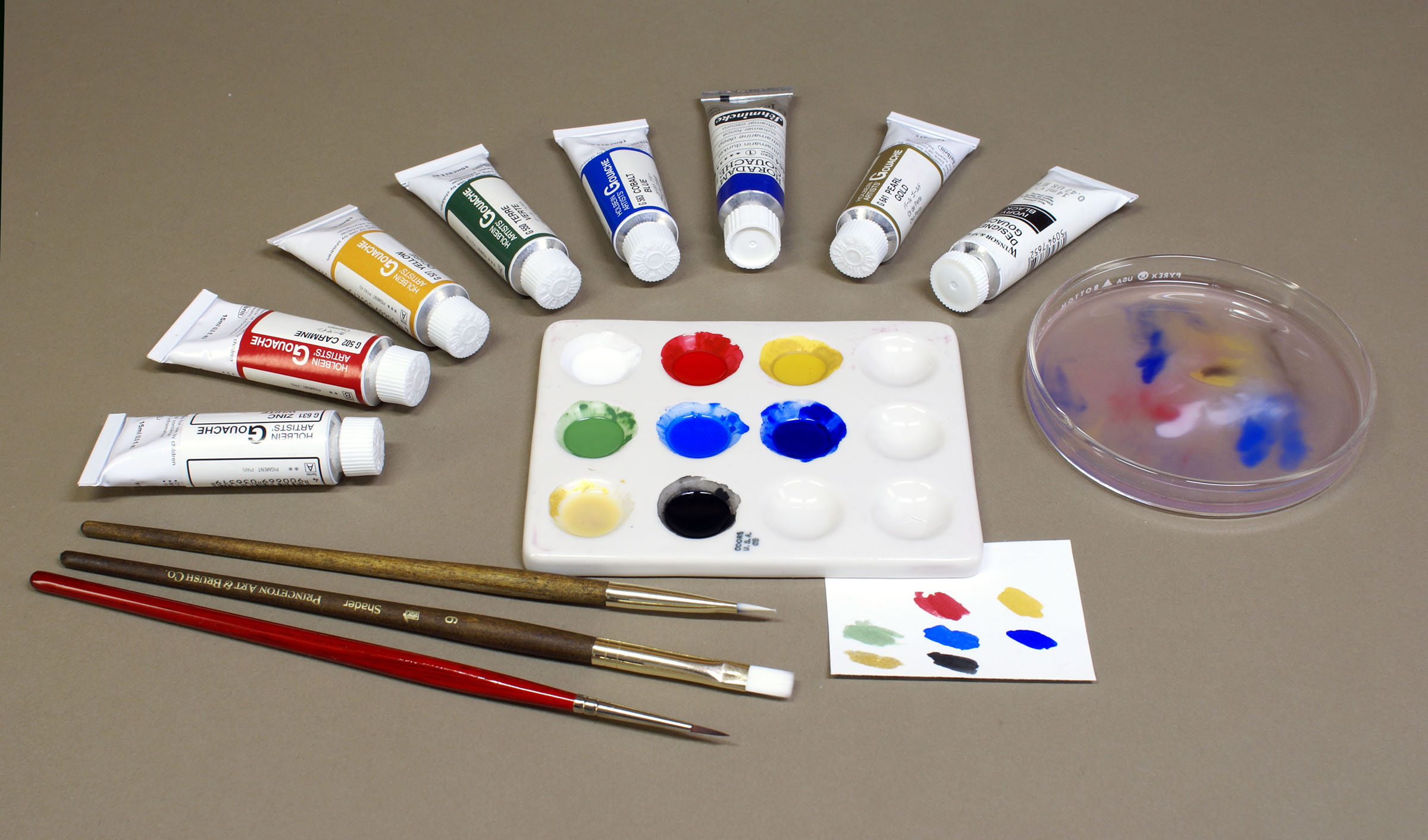 Gouache paints, and a mixing palette.

Gouache paint is like watercolour, yet is adjusted to make it murky. Similarly, as in watercolour, the limiting specialist has generally been gum arabic, however, since the late nineteenth century, less expensive assortments utilize yellow dextrin. At the point when the paint is sold as glue, for example in cylinders, the dextrin has as a rule been blended in with an equivalent volume of water.

Gouache contrasts from watercolour in that the particles are normally bigger, the proportion of colour to the fastener is a lot higher, and extra white filler, for example, chalk - a "body" - might be essential for the paint. This makes gouache heavier and more obscure than watercolour and enriches it with more noteworthy intelligent characteristics. Gouache, for the most part, dries to a worth that contrasts from the one it has when wet (lighter tones commonly dry hazier and more obscure tones will in general dry lighter), which can make it hard to coordinate tones over various canvas meetings. Its fast inclusion and absolute concealing force imply that gouache fits more straightforward work of art strategies than watercolour.

Sometime thereafter, for ornamental uses "poster paint" (as it is known in the U.S.), was mass-delivered, in light of a lot less expensive dextrin fastener. It was sold in jars or as a powder to be blended in with water. The dextrin supplanted more established paint types dependent on shroud paste or size. During the 20th century, gouache started to be extraordinarily fabricated in cylinders for more refined creative purposes. At first, gum arabic was utilized as a cover yet soon less expensive brands depended on dextrin, as is most paint for youngsters.

A moderately new variety in the recipe of the paint is acrylic gouache. Its exceptionally focused colour is like customary gouache, yet it is blended in with an acrylic-based cover, in contrast to conventional gouache, which is blended in with gum arabic. It is water-solvent when wet and dries to a matt, misty and water-safe surface when dry. Acrylic gouache contrasts from acrylic paint since it contains added substances to guarantee the matt completion

In the Gouache painting method, a gum or a misty white shade is added to watercolours to deliver haziness. In watercolour the small particles of shade become enmeshed in the fibre of the paper; in gouache, the shading lines on the outside of the paper, framing a persistent layer, or covering. A gouache is described by a straightforwardly reflecting brightness. At the point when applied with bristle brushes it is conceivable to accomplish a slight however compelling impasto (thick-covered) quality; with sable brushes, a smooth, immaculate shading field is acquired.

Traditional gouache is an opaque water paint that has a matte finish when dry. Gouache paints are mainly (but no longer confined to) used on paper. Acrylic paint is pigment suspended in a polymer binder which can be thinned with water however is permanent when dry. Mineral-based shades are extra opaque than artificial ones.