Conceptual Art refers to a form of art that gives precedence to an idea or a concept rather than the traditional and material status of art. This form of art is often referred to as anti-art or art that is against the traditional idolization of a painting or sculpture done in a certain manner. It is said to challenge the notions of what constitutes as art. 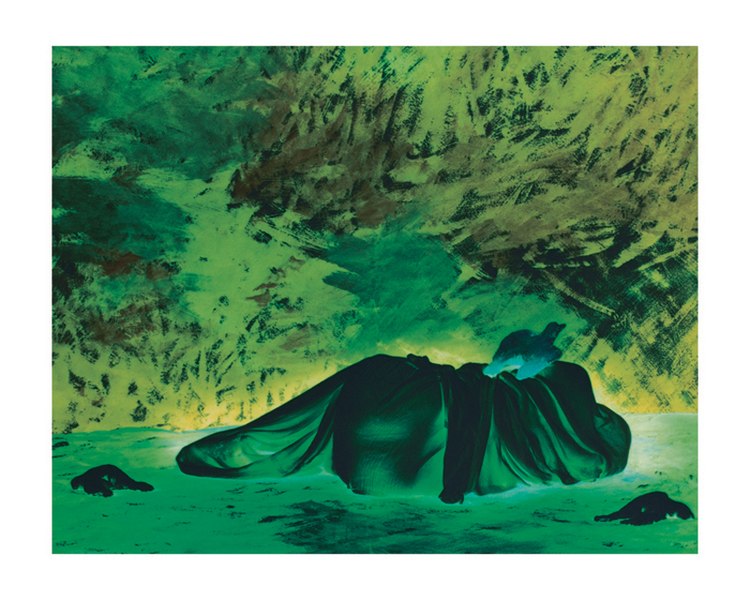 In simpler words, conceptual art is an art form in which the idea or the concept behind the work is given more importance than the finished product.  Thus, conceptual art paintings can look almost like anything as there are no guidelines one needs to follow; unlike a painter or a sculptor who puts in thought into how to best express an idea through their medium. For a conceptual artist, whatever form is the most appropriate, he uses that to put forth his idea or message - be it performance, art or written pieces. There is not a singular style or form that needs to be used.

Conceptual art paintings as a movement emerged in the 1960s as a rebellious strand of creating art as opposed to formalism, and has impressed upon ideas and ideologies up to the contemporary scene. This has continued to form a dematerialization of art where the objects of art have become external; linguistic play has become significant and a conversation between art and the exhibition space has become vital, questioning relations between art and politics, media and society.

Marcel Duchamp is commonly seen as the forefather of abstract art, and his piece titled the “Fountain” of 1917 is taken into account as the first abstract conceptual art work. Abstract artists were influenced by the brutal simplicity and minimalism of the artwork; however, they rejected Minimalism's embrace of the conventions of sculpture and painting as mainstays of creative activity. For abstract artists, art need not appear as if a standard work of art, or perhaps take any physical form in the slightest degree.

The movement that emerged in the 1960’s continued up till the 1970’s and was international in its reach; it had its roots spread across simultaneously in Europe, North and South America.  Conceptual art manifests in most of the contemporary art movements today, where new experimental practices are now defining what art stands for. This has also earned the wrath of many, calling it "pretentious" and "skill-less". Even closer to home, several Indian artists are gaining popularity for their conceptual art pieces.

Conceptual artists created works and writings that fully rejected commonplace concepts of art. Their chief claim was that the articulation of a creative plan suffices as a work of art. It looked as if it would leave behind of all the standard parameters through which art was traditionally judged. Thus, it is often critiqued that conceptual art is oversimplified to an extent where it is no longer art.

However, today contemporary art is full of examples that uses conceptual art as well as mixes the ideas of conceptual realism art. These paintings have evolved further with the help of technology and conceptual artists have more ground to play with. Conceptual pieces are using everything from painting, murals and/or audio-visual medium to put forth their ideas, which is what makes this art form so unique and interesting. It helps expand the boundaries of art; so much so that today it is almost irrelevant to discuss whether this intellectual form of art matches the traditional norms or views of what art should be, because Conceptual artists have successfully redefined the concept of art to an extent that their efforts are widely collected and praised by many art collectors, gallerists and curators.