Zaha Hadid is no more. She will surely be remembered as a trailblazing woman from a traditionally patriarchal region, who not only broke away from the norms but succeeded stunningly and achieved giddying heights in her career. But she was not a mere architect. Her constructions were not just functional edifices but profound and daring artistic statements. The “Queen of Curves”, as she was fondly called by some, always managed to find a profound mix of fragmented geometry, futuristic vision and feminine grace. Let us explore seven of her best works to experience her sheer range. 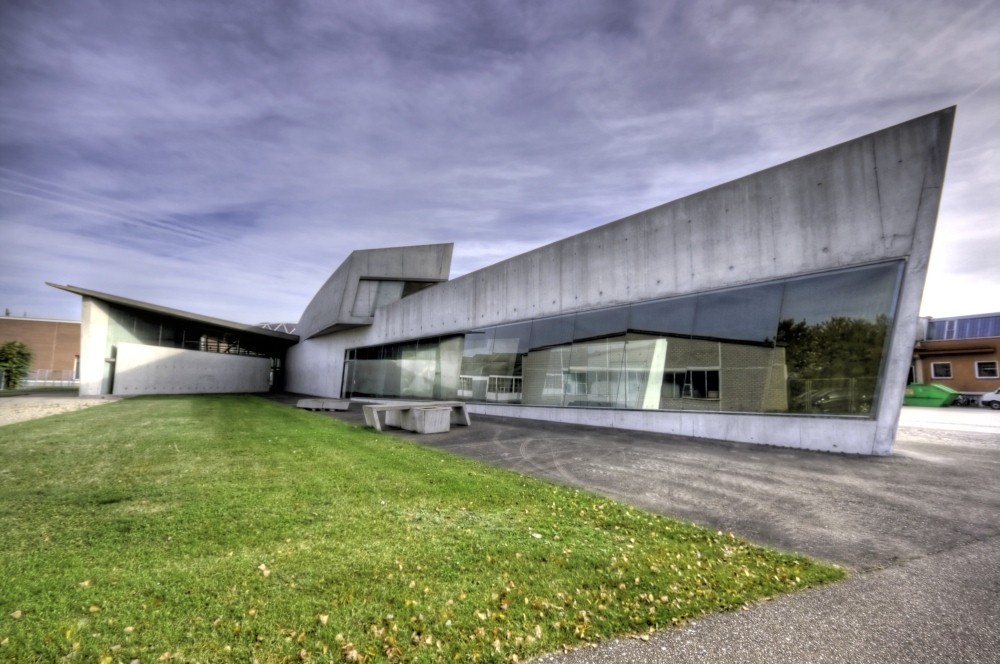 It was Hadid’s first major independent project and also her earliest major successes. The Vitra fire station is as fine demonstration of her architectural language that explores spatial relationships between forms.  It combines architecture with philosophy of the design campus where it is located. Hadid built it with an attempt to relate it with the pre-existing buildings of the campus as well as to the agrarian landscape around it. The interiors here are also as complex as the exteriors. Even the walls have been bent and broken with scant regard for conventional aesthetics. Traditional ideas regarding balance have been traded for better functionality mindboggling optical illusions.

The London Aquatics Centre was built as a part of the London Olympics. As it is meant for aquatic sports, the design here is primarily inspired by water in motion. Even the spaces in between and the surroundings have been fine-tuned as a tribute to the riverine landscape of the area where the Olympic Park is located. It has been built around an orthogonal axis and this in turn is perpendicular to the Bridge over the River.

The Bridge Pavilion in Zaragoza was designed around four “pods” that acted as structural support as well as spatial enclosures. They intersect each other, thus distributing the weight of the bridge above. A diamond shaped section is inserted into the body with a slight curve along the shores of a river in order to provide a more dynamic shape. The outer walls resemble shark-scale in order to further buttress the connection with water. 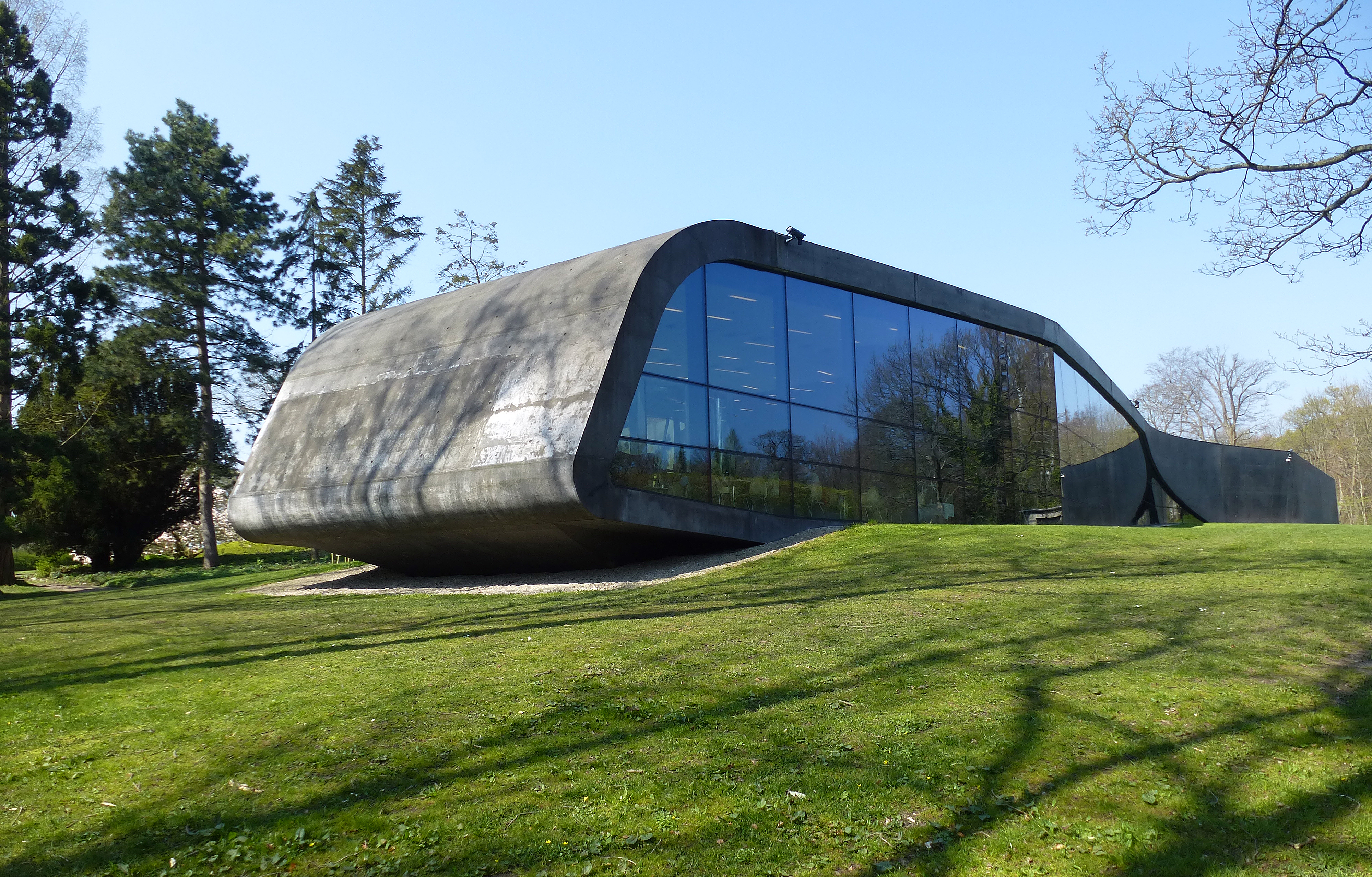 Ordrupgaard Extension was designed to demonstrate a space as a movement beyond borders. As usual, Hadid does it by interpreting the surroundings. In fact she closely studied the surroundings of the area and designed the structure to be an organic extension of the landscape rather than an artificial entity sticking out of nowhere. The central structure has been cast innovatively in black lava concrete. As a result, the texture and colour keeps changing as per weather and so the building may appear to be of different colours on different days. The interiours have also been designed as a ‘fluid space’ where there is no clearly distinguishable transition between the corridor and the gallery. 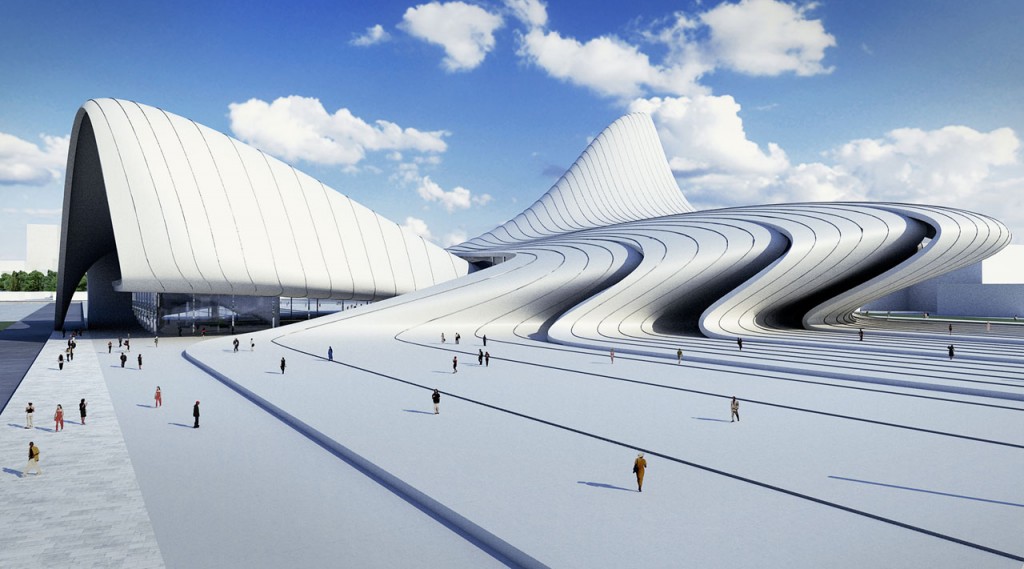 Heydar Aliyev Center strives to achieve a continuous fluidity between the exterior and the interior of the building. It is situated on the central plaza in Baku, a symbol of Azerbaijan’s urban landscape. Both the interiors and exteriors are open to public. The exteriors seamlessly lead to the galleries inside which are dedicated to the contemporary as well as traditional elements of Azeri culture. It has been designed to offer a warm, embracing feel that welcomes every visitor.  The surface has been twisted and moulded to fold, bifurcate and inflect wherever needed, in order to develop a space that is inviting and intriguing at the same time.

The basic structure of Pierresvives at Montpellier unifies three of its key institutions namely the archive, the library and also the sports department. It makes for a towering presence that stands tall from the rest of the city and can be seen from a distance as a compact figure. However, as one closes in, the structural divisions become more apparent.  The fragmented structure here has probably been inspired by the branches of a tree that lie horizontally across the plain. So, the archives make up the trunk of the tree which is followed by the library along the branches and the sports department adorns the tips of the twigs at the end, thus making a near philosophical statement about tree of life and knowledge. 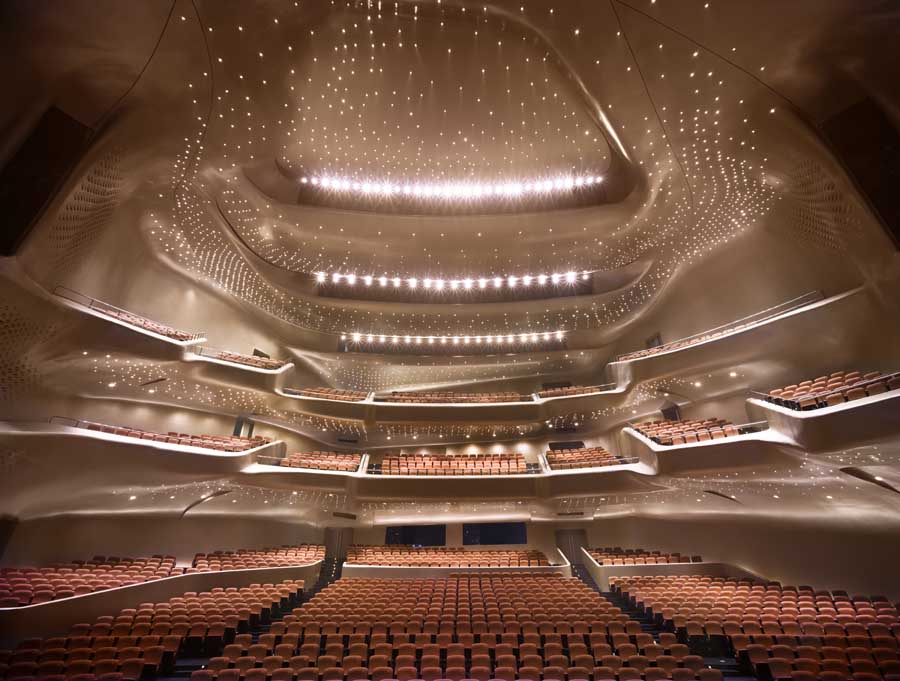 The Guangzhou Opera House draws inspiration from the rich heritage of China that has a close interaction with the nature and its inner mechanism. This also fits quite well with Hadid’s own tendencies and so we see a brilliant interplay between her architectural genius and the nature itself. The basic structure of this house has been inspired by China’s, vast and fertile river valleys which have worked as the cradle of its civilization. The natural lines of the landscape become the divisions between various zones within the Opera House. It has also been kept in mind that every corner of the house receives ample natural light throughout the day. Hadid experimented here with  glass-fibre reinforced gypsum (GFRC) units to achieve the desired fluidity in design.