“All forms of madness, bizarre habits, awkwardness in society, general clumsiness, are justified in the person who creates good art,” wrote the American-born novelist Roman Payne in his work Rooftop Soliloquy. The world of art has its fair share of bizarre, weird, absurd and quirky so here’s a look at some idiosyncratic news on art from around the world. 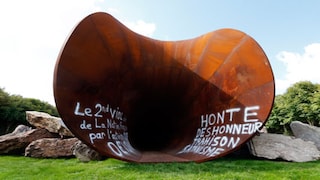 Kapoor’s sculpture, “Dirty Corner”, also dubbed “The Queen’s Vagina”, has been the subject of much debate in France amid speculation that it is actually a representation of Marie-Antoinette’s vagina

In September 2015, Indian-born artist Anish Kapoor’s controversial sculpture, known as the “queen’s vagina”, on display at the Palace of Versailles, was vandalised a few times with anti-Semitic graffiti scrawled all over the installation. President François Hollande also “strongly denounced” this act of vandalism.

The artist has described the piece as “the vagina of a queen who is taking power.” Anish Kapoor’s exhibition was deemed as one of the most controversial at Versailles since the authorities in 2008 opened the palace and its grounds to contemporary artists.

Coming to more recent news, on 5 June 2016, the Museum of Broken Relationships opened its doors for public viewing in Southern California, Hollywood. Known for its film industry making movies on love stories and breakups, it was perhaps apt that such a museum was housed in this city. The museum, right on Hollywood Boulevard, is packed with more than 100 exhibits including memorabilia such as “teddy bears, photographs, old t-shirts,” according to Alexis Hyde of the museum and is an attempt “to help create something ‘beautiful’ to provide a place for people to anonymously donate items from past relationships.” An exhibit at the Museum of Broken Relationships A wall inside the museum even displays used undergarments!

John Quinn, founder of the museum was inspired by a similar museum he stumbled upon during a vacation in Croatia. He added, “Some items and situations are quirky, including one in which a woman sent her wedding dress in a jar. Others were a bit clichéd and poignant.”

It is a cliched expression undoubtedly but in May 2016, visitors to the San Francisco Museum of Modern Art this week were “tricked” into believing that a pair of glasses set on the floor by a 17-year-old prankster was a postmodern masterpiece.

TJ Khayatan was the man behind the crazy experiment and describes his reasons for trying it out as: “Upon first arrival we were quite impressed with the artwork and paintings presented in the huge facility. However, some of the ‘art’ wasn’t very surprising to some of us. We stumbled upon a stuffed animal on a gray blanket and questioned if this was really impressive to some of the nearby people.”

In order to understand if others were equally “unimpressed” by the work on display, Khayatan set a pair of glasses down and walked away as he wanted to test the theory “that people will stare at, and try and artistically interpret, anything if it’s in a gallery setting.” And Viola! People started clicking images of the glasses and interpreted it as another artistic piece on display. 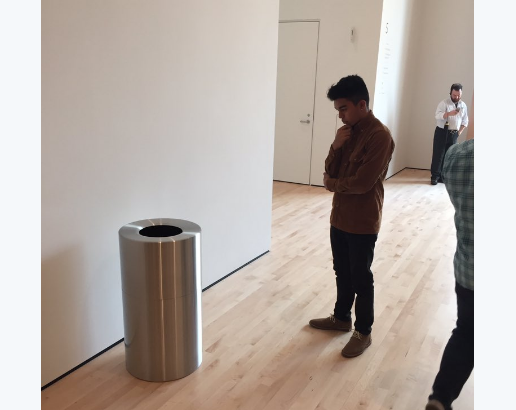 Ironically enough, the episode went viral on Twitter rendering the episode as “a sort of modern art piece itself.” Khayatan stated thereafter, “I can agree that modern art can be a joke sometimes, but art is a way to express our own creativity. Some may interpret it as a joke, some might find great spiritual meaning in it. At the end of the day, I see it as a pleasure for open-minded people and imaginative minds.” Meanwhile, SF MOMA has taken the moment in good humour! Achille Deveria via Delta of Venus

Robert Stewart has explored 19th century French obsession of living out sexual fantasies with the devil! He explains how “devilish demons were all the rage — naughty little fiends who were as titillated as they were repulsive. Impish, hyper-sexual, grotesque, playful; sort of the antithesis of what a proper citizen of the era was expected to be.” The self-described webmaster of Delta of Venus, an online compendium of vintage erotica, this website has everything from X-rated silent films to 16th-century drawings of doing the dirty, with sections devoted to what he calls “devilries,” bizarre and explicit renderings of ladies getting physical with various demonic forms. To explain the visuals, a rather short and plump demon dangles a huge phallus from his neck like a fleshy bib whilst “a parade of demonic jesters” stream out from a huge vagina, akin to several babies being born. 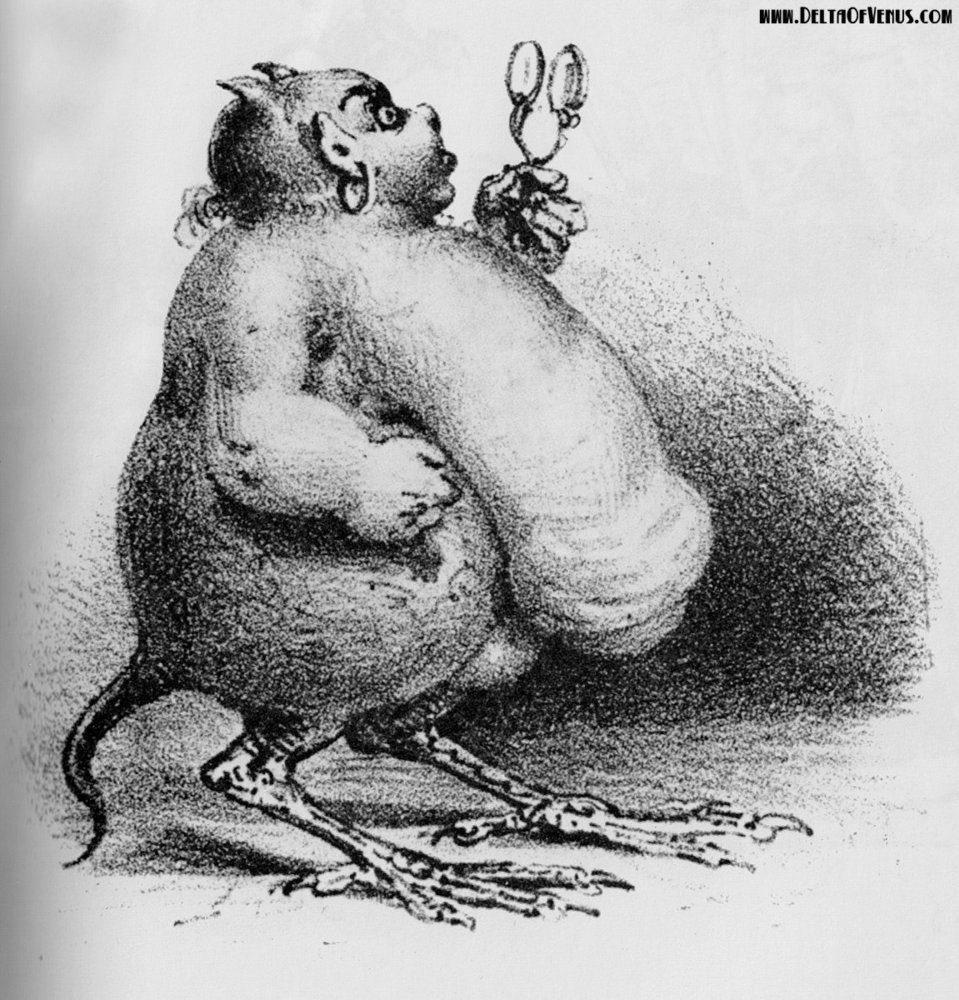 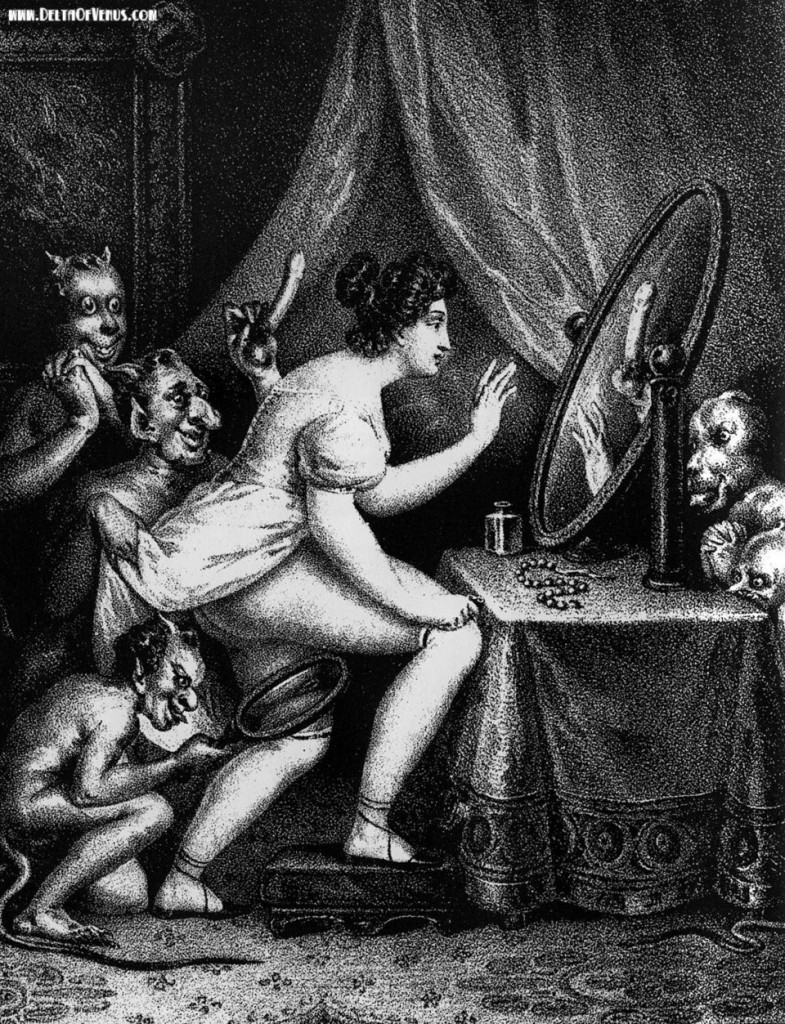 Achille Deveria via Delta of Venus

Stewart opines: “To me it seems to be a commentary on how the expectations of chastity and propriety in the 19th century — and by extension, the male-dominated society that created them — were by and large joyless and especially repressive for the female gender. The women are left turning to supernatural entities for pleasure and play.” The illustrations on ‘Delta of Venus’ are second- and third-hand reproductions by anonymous artists, though some of the original lithographs are for sale online for the contemporary generation seeking to discover erotica in historical art.

As author Virgil Kalyana Mittata Iordache says, ““One day, it will all make sense, it will all be revealed. Until then, we learn to live and accept our shadows…”