The easiest way to double your money is to fold it and put it back where you took it out from. Ouch. But what if the money is so beautiful that you won’t find your heart to fold it or even spend it?

Seeing creativity manifest itself into currency is what we are spotting here! The most beautiful currency borrowed from the past, present and future is listed below, so put your art glasses on and enjoy the view!

The most beautiful currency from the past:

This ancient Greek currency specific to Athens was minted more than 2000 years ago. This ancient world coin on one side shows head of Athena and the iconographic symbol of owl of Athena on the reverse. These owls led to so much popularity and ease of exchangeability that Owls became the first currency to widely recognised and used in international trade. Presently it is valued at around $1500.

This is one of the most artistic and rare coin. It shows Lady Liberty with a torch and olive branch on one side and a bald eagle flying over radiant Sun on the reverse. It was designed by Augustus Saint-Gaudens who was an American Sculptor. In 2002, this coin was sold to an anonymous bidder at Sotheby’s for a whopping $7,590,020!

This coin was issued to celebrate the 60 year reign of Emperor Franz Joseph I. Made of 0.980 ounces of gold, it shows a regal design of a reclining woman on the reverse and this variety is rare. It was designed by the Austrian sculptor Rudolf Marschall. Maximum value at which Austrian 100 Corona can be obtained is $4000.

The most beautiful and colorful currencies of the present:

Not just us but even International Bank Note Society (IBNS) thinks this to be one of the most beautiful and aesthetically appealing bank notes. This note is a part of the vertical banknote series introduced in Bermuda in 2009. The note has a predominant Turquoise colour and shows Bermuda Bluebird over a profile of Queen Elizabeth II on the front, and on reverse it shows the clock tower at Royal Naval Dockyard along with the stature of Neptune. The concept design of the Bermudan Currency’s redesign was created by designer Gene Bothwick of De La Rue. 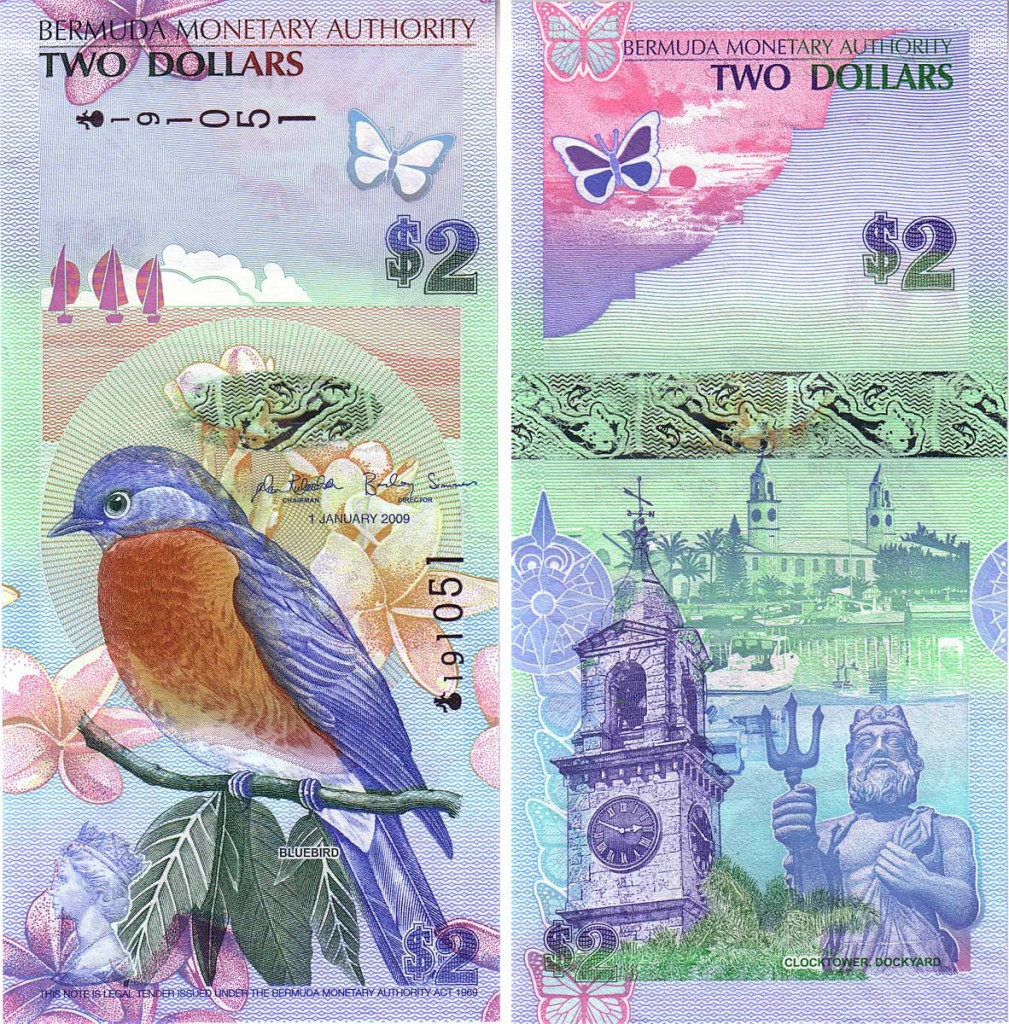 Dutch banknotes are easiest to spot simply because of their striking designs. This is the most popular Dutch Bank Note design, and primarily liked because of its appearance. The Dutch Guilder 250 note (Netherland Guilder NLG) also referred to as the ‘lighthouse’ was designed by R.D.E. Oxenaar, who is a Dutch Graphic artist. He studied visual arts at Royal Academy of Art in The Hague. However, in 2002 this note was replaced by the Euro.

This note is not acceptable anywhere else in the world and can be used only on Cook Islands. The Cook Islands primarily use New Zealand dollars but still they do print their own unique currency as well. The theme of the note has exotic Polynesian scenes drawn from their culture. 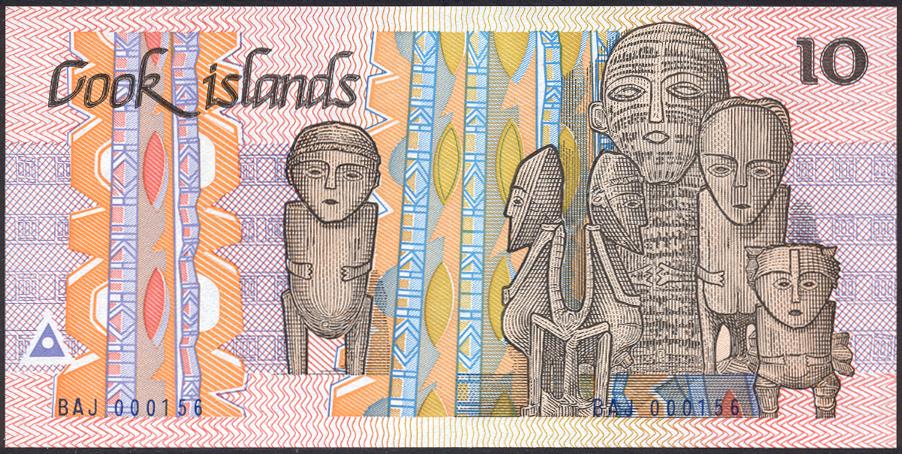 The most fascinating bit about this currency is the Easter Island heads that actually pop out! The Easter Island is famous for its 887 monumental statues called moai. This coin gives a three dimensional view of the mysterious statues on Easter Island.

This is completely crazy, off beat and fascinating currency of modern times that makes you go, ‘Who would’ve thought that money would come to this?’ Somalia coins in the shape of Lamborghini sports car, heavy metal guitar, animal kingdom and motor cycle are truly wacky and colourful! 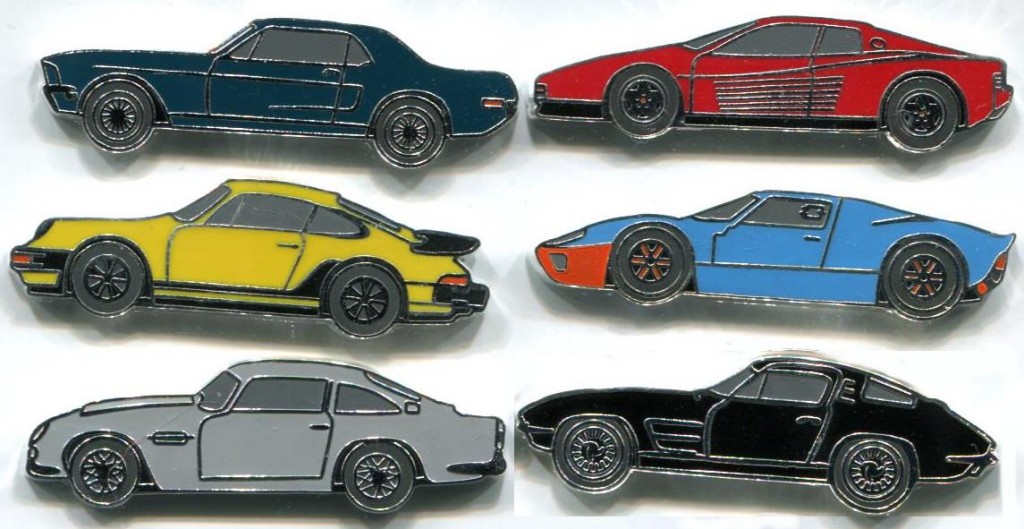 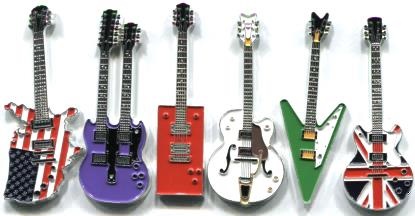 Special mention has to go to the artists who imagine what currency should be like in future! The Guardian made famous artists and storytellers come together to create their own concept bank notes which interpret our existing social norms, cultural, political and environmental problems, popular culture and our planet earth! These artists vision for currency of the future is truly incredible.

Tracey Emin is an English contemporary artist. The most important thing that her concept note reflects as compared to the traditional bank notes is that nobody truly cares about politicians’ face being on the currency anymore. This note is most definitely the best examples of anti capitalism. This artwork speaks volumes about present time scenario and quite possibly the future of money?

10. Some artists are doing something entirely creative with money, to well, make more money! This has to be the most extraordinary work of art using origami technique, art made from money! 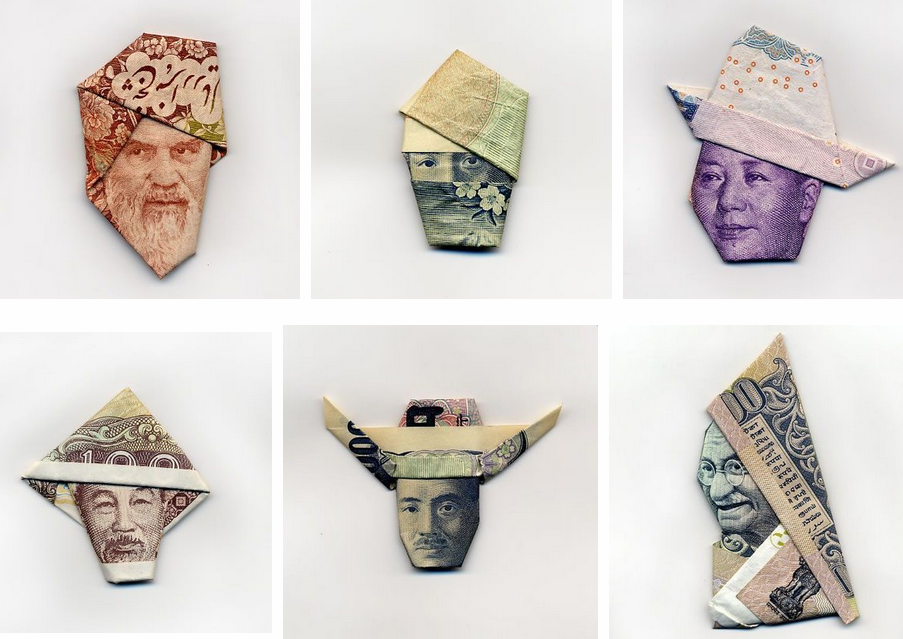 Last but not the least

This next one is for those who would like to put their money to better use. Or not. Make way, for the wallpaper made out of money which looks artistically classic. If you have the money to spare or blow! 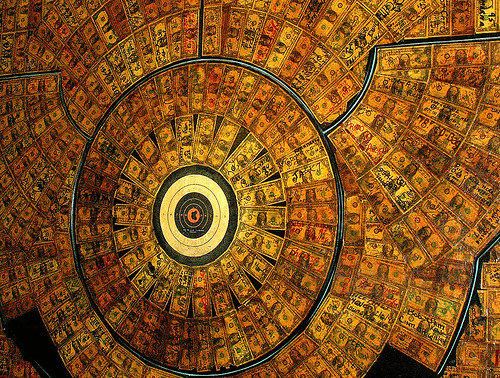 Well it is said rightly, money just doesn’t stop at anything. It was there in the past, it is there in the present and whether some people like it or not it will be there in the future. Money does buy a lot of things and will continue to do so too. Now who could disagree to that!