Art has always been known to be a reflection of our society. The art and the artists in each era have made use of their art to reflect the feelings, aspirations and challenges of the society. Each generation has had its set of challenges, and the artists have addressed that challenge through their art. With the change of time, newer technologies have become available and the artists have tried to make the best use of the technology available. With changing times, art has also changed. The artists started challenging old traditions and started adopting modern culture. This thought process is called Modernity. 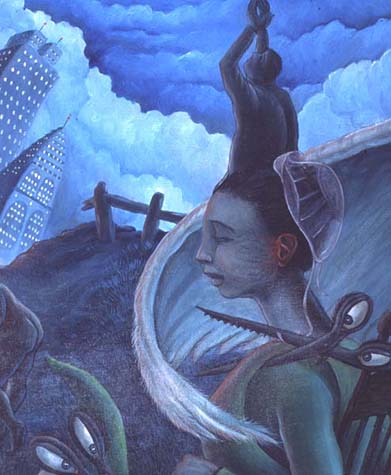 The beginning of the 20th century was full of changes. World War I and the immense destruction caused by the war had a great impact on many economies. This impact was not just limited to the economies, but it also impacted the culture and belief systems. The artists were deeply touched by the challenges faced by people. They started experimenting with innovative ways to give a new definition of art. Artists with morality started exploring the relationship between art and culture.

Most people define modernity as a cultural condition, where innovation became the most important aspect for creating work of art. At the same time, the art required to have definitive closeness with the modernity and experimentation. The artists following modernity stressed the need for autonomy in art. It is these realist and experimental tendencies that were rising in the second half of the 18th century.

Modernism in the arts is regarded as a movement, away from the traditions of the Victorian era. The new generation of artists started rejecting the traditions and subjected followed in the Victorian era. The artists of the modernist age, instead, started exploring the real-life issues, post the industrial revolution and the World War. The artists started to experiment with real-life topics, sometimes for political purposes.

First appearing in the 16th century in Europe, Modernity became a dominant force by the middle of 19th century. This had a huge impact on not only Europe but also European colonies outside of Europe and within remaining cultural formations within Europe. Modernity is more than merely the state of being modern or the opposition between old and new.

This trend was seen between 1900 and 1930. The world was struggling to cope up with the aftermath of World War I. Entire Europe was caught up in depression and negativity due to prevalent corruption, complacency everywhere. People had become lethargic and ailing. The society was under the grasp of artificialities, and too preoccupied with image and too scared of change. This dissatisfaction with the moral bankruptcy of everything European led modern thinkers and artists to explore other alternatives, especially primitive cultures. The artists wanted For the Establishment, the result would be cataclysmic; the new emerging culture would undermine tradition and authority in the hopes of transforming contemporary society

More than anything else, Modernity was an art movement against the romanticism and utopian approach of the Victorian age. These artists were more of a ‘rebellion’ nature and they started focusing on problems specific to their area of work. Putting in simple words, Modernity was a radical approach that tried to change the view of modern society towards life, art, politics, and science. 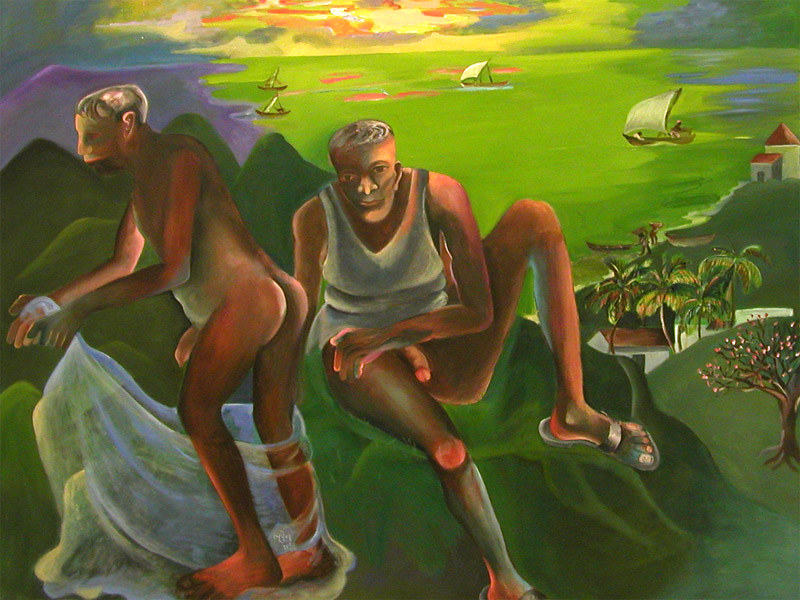 Bhupen Khakhar: Couple at the sea side. House Of The World Cultures. Berlin, 2003.

The credit of introducing Modernity in India is given to the Bengal School. Here, once can witness a serious effort made to move away from the colonial art. In 1949, the Bombay Progressive Artist Group’s exhibition is believed to be the first interaction of India with modernity in art and is seen as an important bridge to initiate modernity in art.

Modernity in India had existed India since the early 20th century, but it was never clearly understood. It first appeared in Bengal with painter Abanindranath Tagore, when he started a new style of imagery, what later on became popular as the Bengal school of art. The Bengal school went on to become an institute that focused on every aspect of art, visual culture and education.

While in Europe, Modernism is regarded as more of an urban phenomenon, in the aftermath of the Industrial Revolution, World War I and the social changes taking place due to these. Modernism in India is not so closely related to metro cities. In the late 19th century, the Kalighat paintings, which were made by artists who migrated to cities from villages. These artists did not belong to ‘higher casts’ and mostly depicted scenes from famous Hindu epics like Ramayana and Mahabharata.

There are two different ways to look at modernity. One way is to view modern art is something that can be viewed radically different was routine life. In this regard, art is treated as self-sustaining and autonomous. The second way to view modern art is how artists respond to the challenges faced by society. Hence, we can say that modernity is a way to reflect the changing face of society.