What is Interactive Art?

Interactive art is that genre of art, which allows the audience to interact in the best and most effective way – by being a part of the art process. This way, the art enables the artist, and the art itself to achieve its desired objectives.

Though interactive art came into existence, as early as the 5th century BC, it has grown a great deal in recent times. The latest technology has acted as a catalyst in the growth of interactive art. And now, there are various ways, in which the art and the audience can interact with each other. Some interactive art installations help the artist interact with their art by creating an opportunity for the viewer or the observer to walk in, on, or around the artwork. While some other artists make the spectators become a part of the artwork

Interactive art can be in the form of installation art, architecture, computerized art, film, etc., and makes good use of modern gadgets like computers and sensors to make the viewer’s response to motion, heat, meteorological changes, or other inputs while some require the viewer to “walk” in, on, and around the art to derive its meaning. 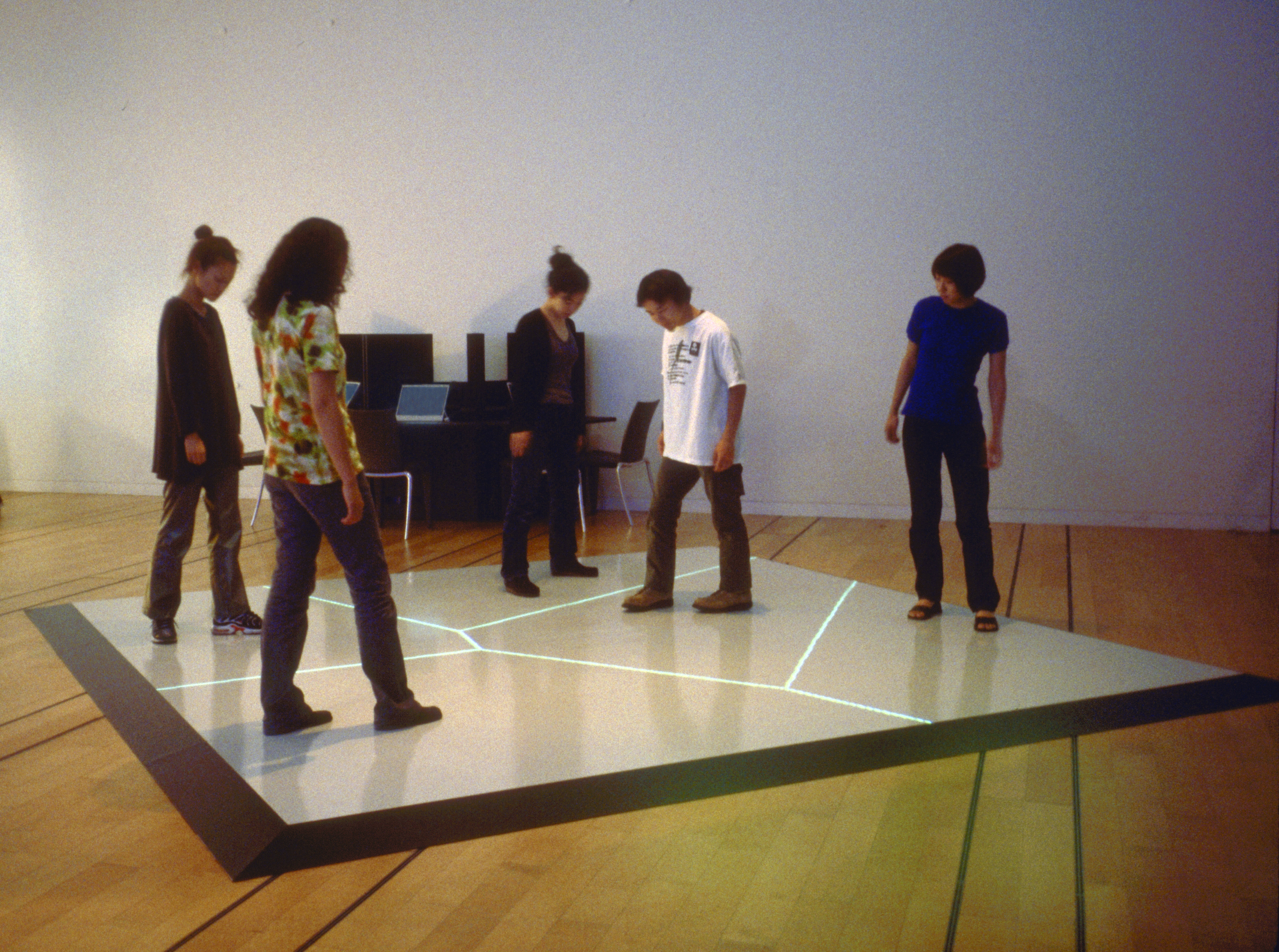 According to the new media artist Maurice Benayoun, the credit of being the first-ever interactive artist should be given to one of the greatest painters of Ancient Greece, Zeuxis. It was in the 5th century BC that Zeuxis tried to unveil the painted curtain over the work done by Parrhasius, during an art contest. By doing this gesture, Zeuxis became part of Parrhasius' work.

In recent times, Interactive art re-emerged in the late 1950s to quench the creative thirst of some artists, and a desire to find an exclusive environment to display their art. Locations like a warehouse, a shop front, or a street, became their preferred spots, and thus way art became a two-way interactive process.

Encouraged by the response, these artworks received from the viewers, the artists started experimenting more and more. Artists designed sculptures that could even be touched and played with. For example, the famous French-American sculptor, painter, and filmmaker, Niki de Saint created a giant monumental walk-in sculpture Golem in Rabinovich Park, Jerusalem. The sculpture had a children’s slide as a part of the artwork. Another experiment with interactive art was done by American artist, Gordon Matta-Clark when he cooked a pig under Brooklyn Bridge. As a part of his performance, he served 500 pork sandwiches to the viewers, who enjoyed it a lot.

Scott Snibbe, a famous interactive media artist, entrepreneur, and meditation installed a very unique piece of installation art at the Tokyo Intercommunications Centre in the year 1999. Titled, Boundary Functions, it was an interactive projection system.  The art involved a set of lines, which were projector from an overhead projector onto the floor. These lines would divide the people standing in the gallery from one another. In case, there was only one person, there would be no response from the projector. In case, there were more people on the floor, the system would create single line cuts between them dividing the floor, into as many boxes as the number of people. And as these people would move on the floor, these lines would also change dynamically with their movement. 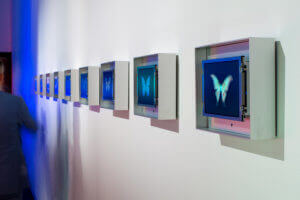 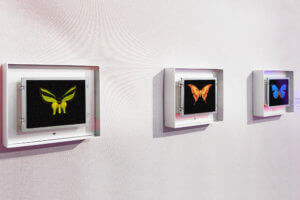 Interactive art is a genre of art that relies on the participation of a spectator. Contrary to the popular belief, the soul of interactive art resides in involving ‘others’ qualitatively in the art process, and not in the use of computers. Having said that, the latest digital devices, such as computers and real-time computing has widened the scope of interactive art and made it a lot easier. The internet has further opened the door to creating virtual reality, as can be seen in various interactive projection screens being used in malls and other public places.