Renowned for its focus on contemporary art, the Experimenter Gallery of Kolkata has facilitated organization of exhibitions of critical international acclaim in India. Prateek & Priyanka Raja opened the gallery in 2009 espousing the voice of experimental and alternative artists from the South Asian sub-continent as well as international artists, who have a South Asian context to their practice.

As a leaf from the same book, Experimenter is currently presenting Mastery of Language Affords Remarkable Power, which is artist Samson Young’s first solo show in India. The title of this exhibition is derived from a quote by the Martinique Afro—Caribbean philosopher, writer and revolutionary Frantz Fanon, who in his book Black Skin, White Mask “questions and positions orality as a function of both domination and resistance.” 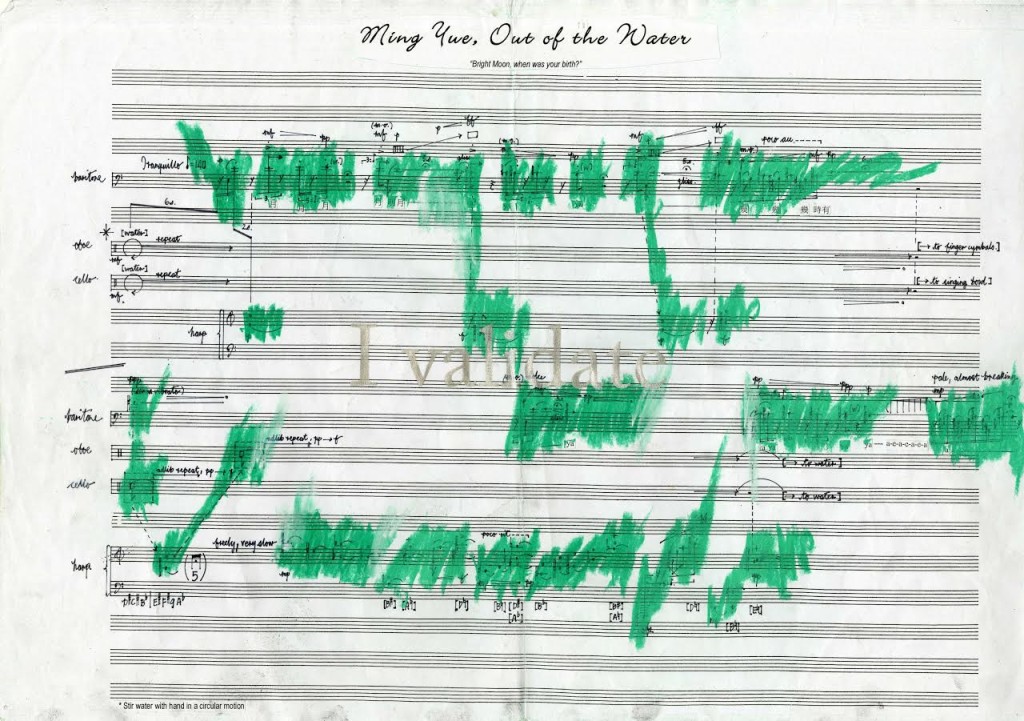 A trained composer and practicing sound artist, Young’s work contextualizes political and communal structure and questions in contemporary globalized scenario and “what it means to reproduce the institutions of classical music beyond western frontiers.” Using a seemingly simple construct, Young questions the very nature of reading and understanding visual and aural stimuli, in a series with several socio-political undertones. 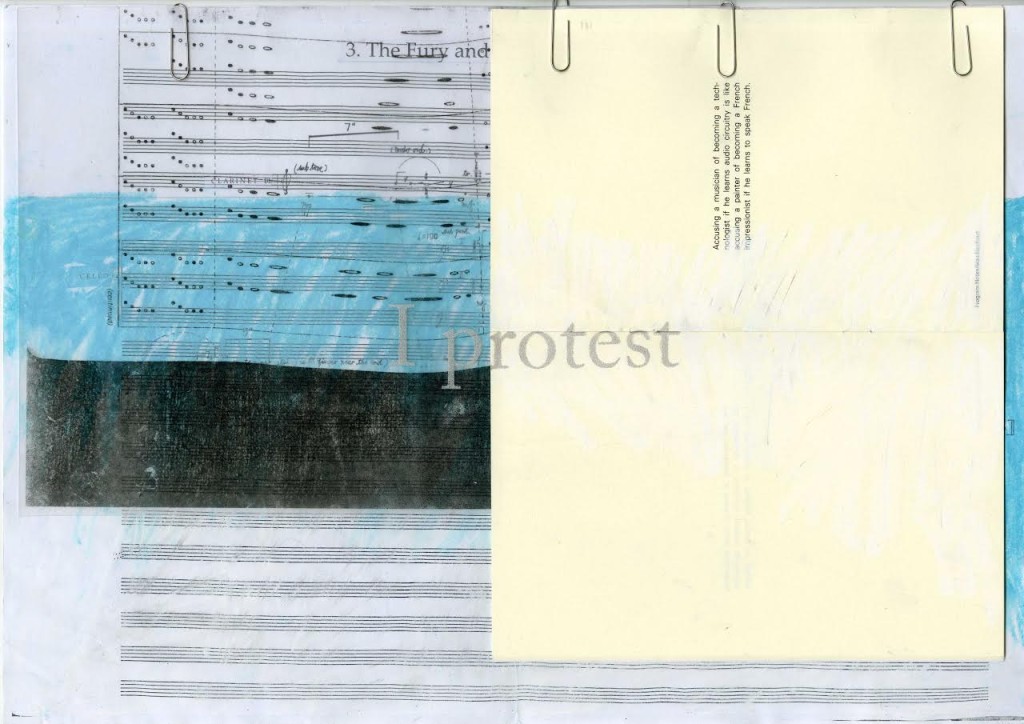 To Fanon (That dolphin-torn, that gong-tormented sea) Pastel, colored pencil, xerox print, silk screen print and mixed media on original composition manuscripts (ink on paper) | 11.8 in x 16.5 in each | Suite of 8 | 2016

In Mastery of Language Affords Remarkable Power, Young’s creations comprise of a series of works on paper, videos and a durational performance spanning the course of the exhibition. ARTSOME decided to conduct an online interview with this dynamic and unusual artist, which is reproduced below and it deconstructs Young’s vision and beliefs as a contemporary and conscientious artist.

1. What is unique about your project here in India with the Experimenter in Kolkata?

- The drawings shown in Kolkata is a new body of work that’s never been shown before. 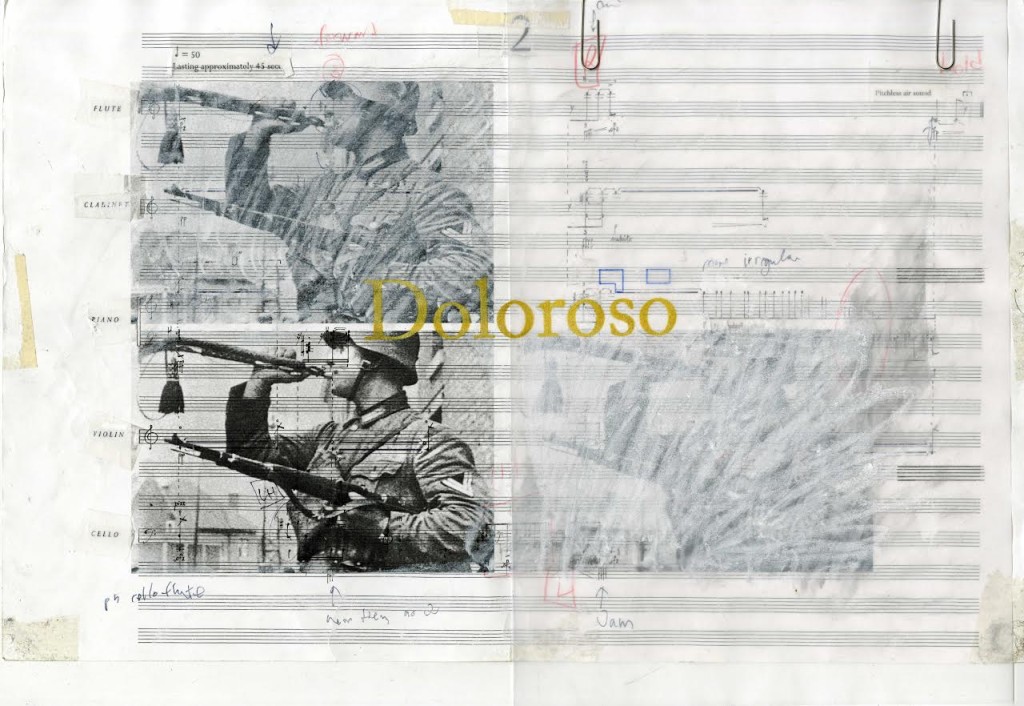 To Fanon (Resonance Study I) Pastel, colored pencil, xerox print, silk screen print and mixed media on original composition manuscripts (ink on paper) | 11.4 in x 17 in each | Suite of 5 | 2016

2. You have deployed music as an articulation of depicting socio-political, geographical and cultural strives of populations in the south east Asian regions. Please elaborate as to how music is a metaphor of their pain?

- It is hard to answer this question because each of my work uses a different strategy. Of this body of work however, I vandalized hand-written manuscripts of my previous compositions and destroyed their original function as scores, rendering future performances impossible. I found this quite a difficult thing to do as I was making the work. Manuscripts are very dear to a composer – and at one point in my life, I treasured them and labored over them.

- For Cage, I think this meant that whatever he did in the visual realm, he operated in compositional terms, as opposed to musical”

4. Very profound words, indeed! How do you deploy music as a composition to highlight a concern?

5. You have stated that with children, you have been able to describe music as fluid movements. Are adults, particularly world leaders, equally malleable?

- Children respond very intuitively, and their acts are improvisational, but to lead we also need control.

6. Who and what have been your most powerful influences in all your works so far?

- My influences are everywhere, and there are too many artists to name; but many of the artists I am drawn to are visionary but inconsistent – I like that, because it means that they experimented and played with stuff. Yoko Ono is very much like that. John Cage is very inconsistent also. I like that about them.

7. Whilst in India, which ‘places and must do things’ are on your itinerary?

- I haven’t planned anything yet! I am at the gallery focusing on the install as I write this. 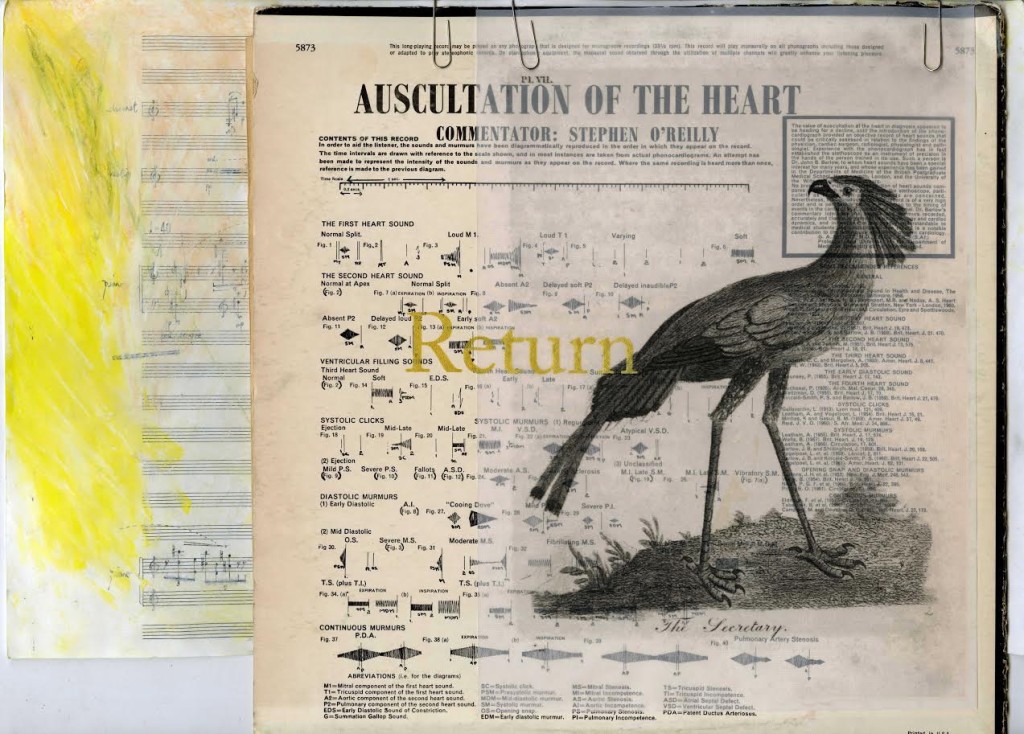 To Fanon (The Bell and the Nightingale) Pastel, colored pencil, xerox print, silk screen print and mixed media on original composition manuscripts (ink on paper) | 11.4 in x 17 in each | Suite of 4 | 2016

8. Art Basel 2016 saw you ‘mount a “non-lethal” sonic cannon, commonly used to disperse protesters, to shoot the calls of distressed birds in a work that referenced the history of migration from Vietnam and mainland China to the former British colony.’ What made you choose such an audacious theme over such a polished and well-heeled crowd? Kindly elaborate as to how art, displayed or installations can bridge international boundaries and be used as a method and tool for global peace?

- I use art-making as a way to figure things out, to work through difficult and complicated issues –  some of which are political. I think through making. That’s just how I process the work. I am not sure if I believe in the power of art to sway opinions one way or another outside of oneself. But this process of thinking through making certainly helps me personally to arrive at a nuanced position on issues that are otherwise beyond my head. And while this is a much more modest goal, such positions do affect how I vote, who I choose to work with, how I run my non-profit (I have one), and so on. 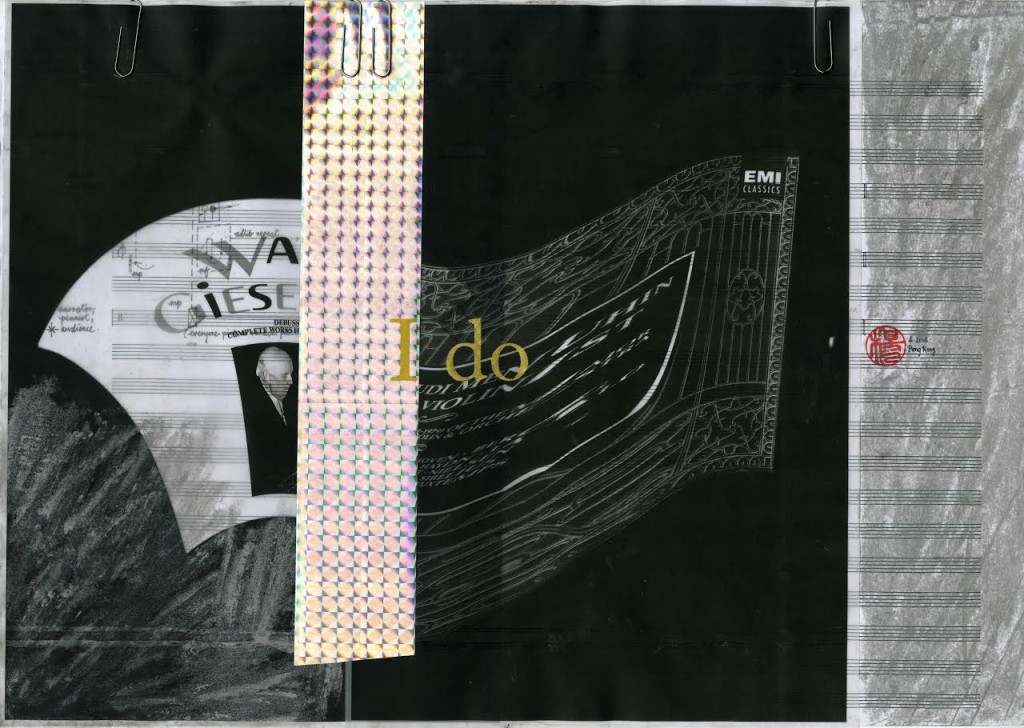 To Fanon (But my mother weeps rich black tears) Pastel, colored pencil, xerox print, silk screen print and mixed media on original composition manuscripts (ink on paper) | 11.8 in x 16.5 in each | Suite of 8 | 2016

A dream project would be… A while ago I went all around the world to record bells that are associated with the history of conflict. That was a really great educational experience and it’d changed me and my practice. I’d love to do another project like that, but with lighthouses.