“How many Germans does it take to change a lightbulb?”

“One. We are very efficient and we don’t have a sense of humour.” 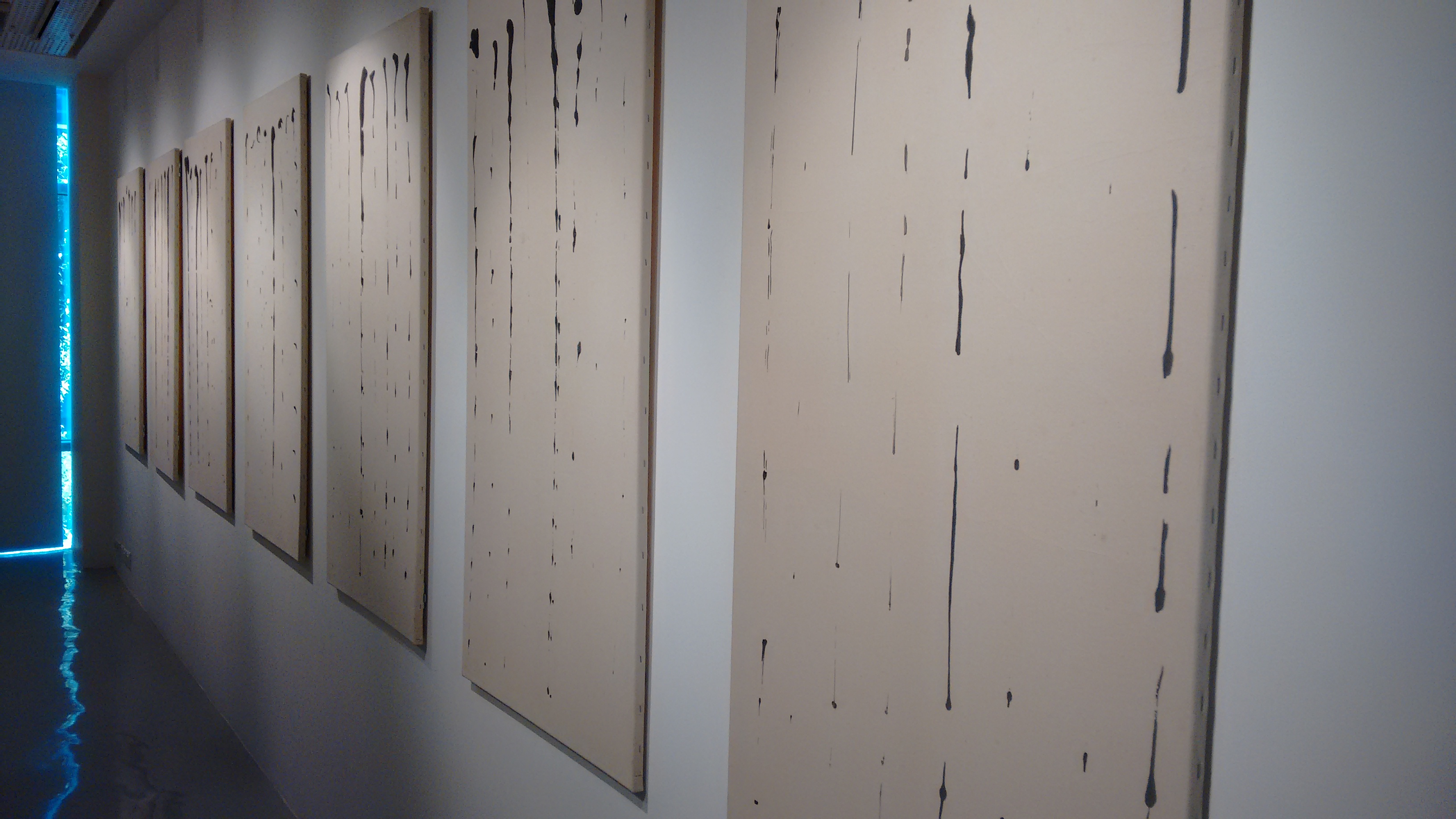 Walking into the Rosemarie Trockel exhibition at Apeejay Arts in Badarpur, Delhi, the first thing one is confronted by is a set of seven large canvasses that look like they belong inside a chapter on abstract expressionism of an art history textbook. Made with ink on Japanese paper that is then stuck on to a canvas, each of these works has exactly 8 jagged, vertical brushstrokes. 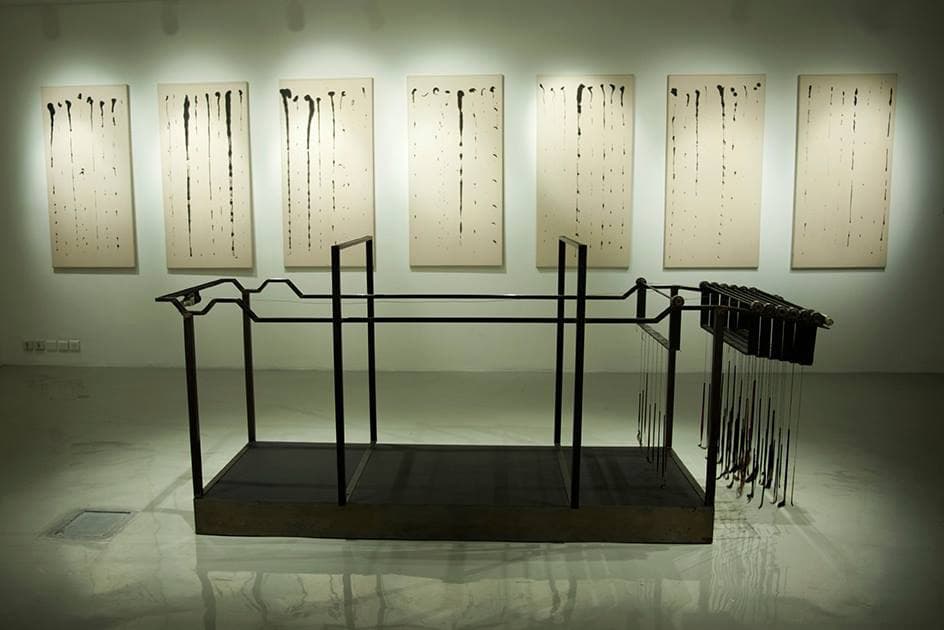 It is then that you notice a large but unobtrusive contraption displayed right in front of the canvasses, that Trockel calls a painting machine. Constructed with iron, felt, particle board, the machine consists of 56 brushes suspended in midair, attached to a pulley. Instead of bristles, the brushes are made up of human hair, donated by the likes of Barbara Kruger, Cindy Sherman and Georg Baselitz, among others. When a canvas is subjected to it, the brushes mechanically traverse its length, making their mark – like a carwash. The 7 canvasses, each with 8 lines make 56 brushstrokes – the name Trockel gives to this 1990 project: Who says the Germans don’t have a sense of humour? 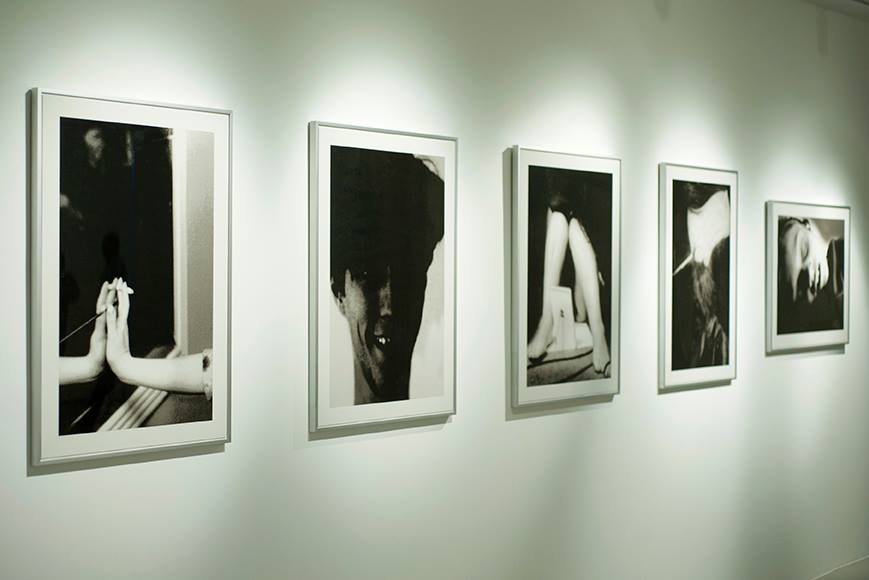 Born in the 50s in Germany, Rosemarie Trockel studied art at a time when Joseph Beuys had already assumed the role of a Shaman-Teacher, and Sigmar Polke, Georg Baselitz and Gerhard Richter were out to conquer the German art scene. The sun had not yet set on late modernism. It was a world dominated by large men with large ideas, and Trockel’s natural reaction was to poke fun at it all. If these artists were supermen, Rosemarie was peeking under their cape. This humour in creating imaginative, unconventional counterpositions to the idea of the male-genius artist is an underlying signature of Rosemarie Trockel’s art. She builds machines that do abstract expressionism, exhibits canvasses painted by chimpanzees, knits Playboy logos with wool and puts spiders under the influence of LSD among other drugs and photographs their webs. She is now recognized as one of the most important artists of her time, but looking at her work, one really feels like she is continuously trying to deride the exact same institution. 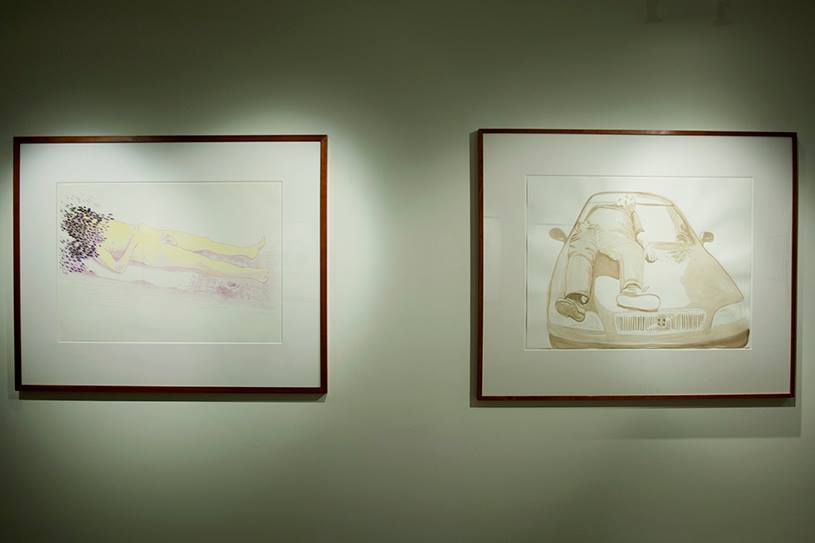 The collection at Apeejay mostly consists of her drawings. In a way this is a good thing, because there is so much one can glean from just her drawings. She draws Pinocchio noses on her portraits of male subjects, takes blurry inkjet prints and works on them with a pencil. She crosses the face of Brigitte Bardot with that of Bertolt Brecht – the female sex object merges with the male intellectual, giving birth to an ugly beast. The famous Einstein joke comes to mind – once at a party an absolutely stunning woman approaches Einstein and says, “Imagine, if we had a child, it would have my beauty and your brains.” to which Einstein replies, “I am fine with that, as long as it doesn’t have my beauty and your brains.” The anecdote is fictional, but at the same time, very revealing. The one thing it reveals more than anything else, is that it was almost certainly written by a man. Trockel loves playing with this idea of assigned gender roles, and it comes out in the objects she uses. 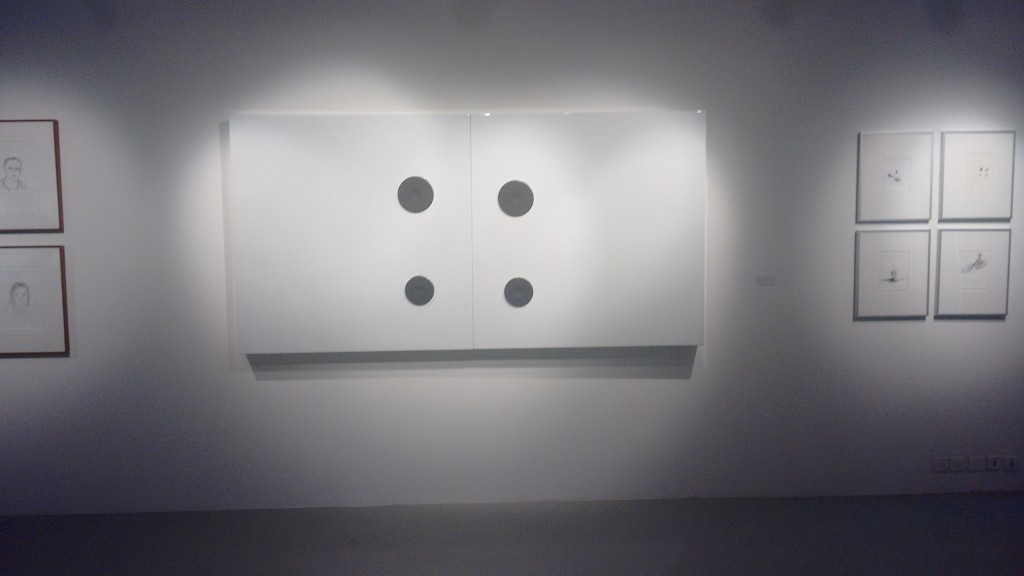 Another iconic Trockel exhibit that is on display at Apeejay is her work with hot plates. Trockel affixes hot plates on aluminum frames evoking a style championed by minimalist artists of the 60s. The rub here lies in the use of material. A hot plate reaches a kitchen by way of a factory, and is assigned a gender role in each of these spaces. Trockel plays with these so called masculine and feminine domains, subverting them through the language of minimalism. Trockel’s critical engagement with minimalism and minimalists is apparent in many of her works. In fact, Trockel calls out some of them by name – ‘KELLEY’, ‘STELLA’, ‘DOUGLAS’ and ‘SERRA’ – she writes these four names on paper, as if she is marking them out. 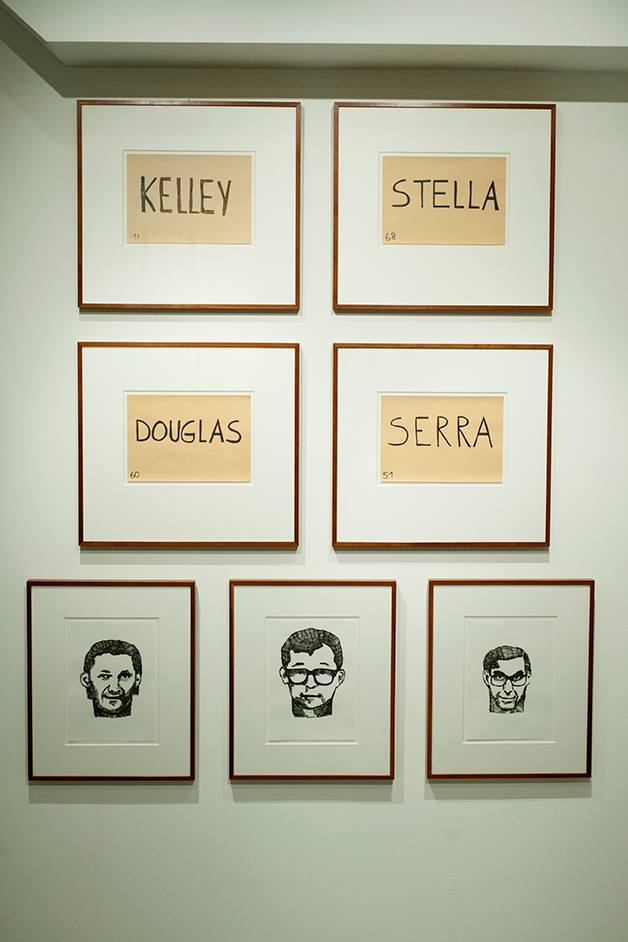 Trockel’s video work is as playful as her drawings. Apeejay exhibits six of her videos and three of her animations. The standout for me was Mr. Sun, where she sets the jazz ballad, Mr. Sun, to raw, blurry footage of an old stove, making it look like an advertisement gone wrong.

The problem with the show is more to do with the idea of the collection in itself. It includes works made in the span of around 25 years, from the 1980s to 2000s, in varied media, from drawings, gouache, acrylic, inkjet prints, wool, video, animation and photography. Some works are commissioned, while the others are just pages from her sketchbooks. The video works are exhibited in the same space, looped one after the other. It then becomes difficult to navigate from one artwork to the next without a contextual crutch. If there was some method in the curatorial enterprise, I was not able to engage with it.

Still, it is a Rosemarie Trockel show, and that should be reason enough for one to explore it. The exhibited collection belongs to IfA (Institut für Auslandsbeziehungen) and has been supported by the Goethe Institut.